Life after the five year mark; what now?

When I received the good news at the Cancer Clinic last month, straight from my Hematologist Oncologist, I did something that probably not many people do at their five-year survival mark clinic visit.  Battling a rare disease for those five years, one that not many in the medical field are familiar with, will do that to you.

Good thing I am feral.  Pfft.

So what I did was tell  Mr. Foresterman "wait. I'll be right back", and I left him at the elevator.  I walked back into the clinic, past the main desk before they could say anything, down the windowed hallway, taking that familiar right and then went straight back into the office section of the clinic. All without the usual weight measuring tour guide, Ms clipboard lady.

He was there, sitting and talking on the phone, in front of a large screen. He looked up and acknowledged me silently with his eyebrows.  His expression was one of perplexment, and he told whomever on the phone quietly  "thank you, will talk later."

I had his attention now.

"Are you sure?"  were my first words as he hung up the phone.  I was impatient after all, and no longer his patient from the results of our visit not just five minutes before.

He gave me a look that I couldn't read (he is a cancer doctor after all and I'm pretty sure they learn that look in medical school), then broke into a smile.

"Yes. Janice, your results came back fine. You are all done."

I stared back, waiting. For what?

But he knew. It was then he touched my arm, and added an emphatic "really".

Which I'm pretty sure isn't in his usual doctor vocabulary. But he knew what I was about; after all, we just ended a five-year relationship.

And so with that one word, “really”, it began to sink in.

No more what-if's, no more questioning any innocent symptoms, no more scans with IV's that don't go in right, no more storing my own stash of barium that reminded me each time when I opened the pantry door that “I AM DAMAGED”,  no more starving blood-work tests too late in the morning, no more naked medical poking and prodding while wondering if the third floor window can be seen in, no more making appointments that made you wonder for weeks before if they would find something this time, no more asking questions of what-ifs of a rare disease that it still being figured out that  "NO ONE KNOWS" is always the answer.

No more Unicentric Castleman's disease, which kills one out of twenty people the first five years.

No more. I was done.

He stood up, held out his hand, still smiling. It was my social cue to shake it, say goodbye, and to leave.

I am here to tell others that it takes approximately three weeks to a month before a feral person realizes that they are cured. The best word to describe how I felt during this time was “confused”.

I should have been elated, happy.  My family and friends were overjoyed, congratulating me, hugs all around. I smiled, high-fived back, acted happy but…

And to make it worse, I was horrified at my feelings.  THIS WAS NOT A SOCIETAL NORM! Why was I feeling this way? I wanted to feel what OTHERS wanted me to feel, what other five- year survivors shared online, in person; so why wasn’t  I happy, giddy, because after all, I was relieved I wasn't going to die from Castleman's.

What the hell was wrong with me?

So I felt this mental pressure like I have never felt before. I wondered if I should see someone, which I advocate most wholeheartedly anyways.  But then of course I did what everyone says NOT to do; I researched online.

But hey, I already just beat a rare disease that makes you become your own best advocate by researching so…

The closest situational response I found was PTSD. Having experienced a bit of that from the wildfire, I was familiar with the symptoms.  And from years prior, I have learned coping skills from professionals in dealing with certain types of stress and then practicing these skills, so…

What the hell was wrong with me?

It wasn’t until I had two weeks while alone at home that I found my answer. Mr. Foresterman went to visit friends and family, and I declined to go with. Living in a remote area where cell phones don’t work and you can go days without seeing someone even on the road can give one room to think.

With no one around I could think.

But the answer didn’t appear overnight.

Whenever I need to tackle anything, I first deal with the “who-what- why’s”, to find the “how”.  I identified those pretty easily.  But the how was kind of sticking.

I decided to spend some time with the horses. With horses you have to be in the moment with them. Its just the way they are, and what they need. Most times I get so relaxed when working with them. But not this day.

In a trying moment of  just "being", a certain thought kept popping into my mind and wouldn't let go; getting hurt. What if I get hurt, because no one else is at home?

However this type of thought pattern doesn't work when trying to have a working relationship with horses. I had to lessen the fear about getting hurt, because that is what is required in horse training. It worked, he settled. I rewarded him by taking a break. Somehow, while sitting there in the saddle, I thought about what had just happened from my point of view - I had switched my narrow thought process and better things happened.

And that was the exact moment  I realized that my thinking process in my life has been skewed for the last five years. I had narrowly concentrated for five years on this thought and this thought only-

It was so simple - my future was all about being cured. And so my eating and living habits were about being cured. My relationships with people were about curing the relationship in case of the “what if I wasn’t  CURED” issue.  I took so much shit from things/people/situations because everything needed to be a good  moment, a good thing, not confrontational, otherwise stress was not going to help being “cured.”

And so there it was…

I lost me, because being "cured” became more important.

No wonder I was confused. Being cured is a good thing. But I had concentrated on it so much that I lost my way.  And now the statement of "being cured" changed in that moment of when my Doctor said 'really".  I have arrived at being cured.

Being cured is dead, long live being cured!

Okay, that personal mission statement wasn't going to work. I needed to think on something else. Soon enough I recognized I needed a new Feral mission statement.  About me. At first I didn’t know what to replace it with, because like, this just happened a little while back. I know, right?

So I came up with a start.

I'm a “work in progress” 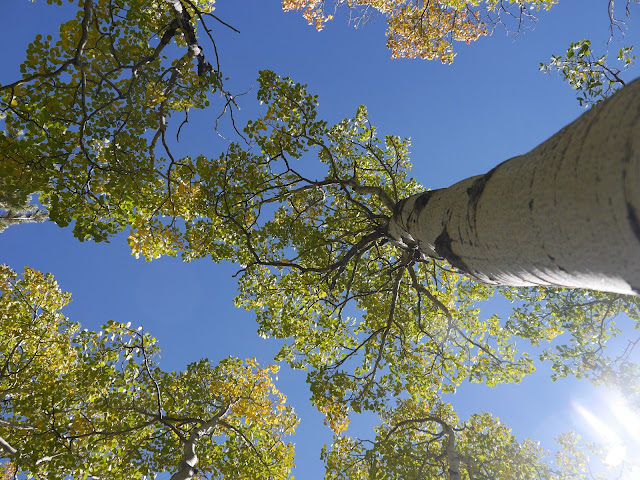 ~
any other works in progress out there?