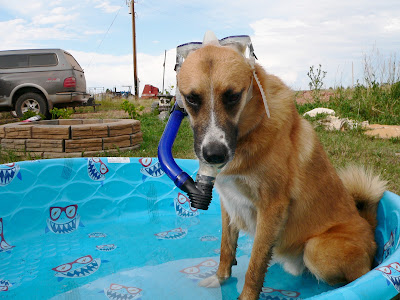 Ranger snorkeling in his pool, as he is part lab.
Doesn't your dog snorkel?
no?
oh...
Then I went ahead and did the Wisdom panel thing for humans,
(called "Ancestry DNA" actually)
I didn't write about the outcome, but really...
Like we couldn't tell I was 96% Eastern European just by looking at old family photos.
So there wasn't anything new there. 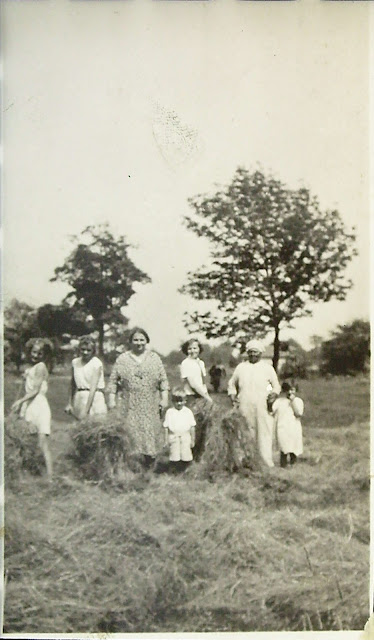 My female people have always been obsessed about good horse hay.
Haven't yours?
No?
oh...
The fun thing is,
They said I'm more Eastern European
than
Eastern Europeans living IN Eastern Europe!
As Mr. Foresterman said,
"Your people didn't get around much, did they"
?
!
It was fun taking this test,
because my oldest sister also took it.
Her results were 98% Eastern European.
I was just glad that we had the same parents!
?
!
Anyhow, we both shared 2% of a United Kingdom background.
SO
What was my leftover 2%? 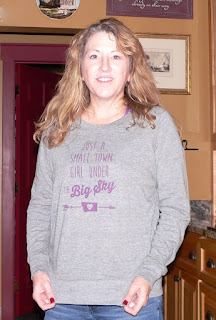 A'la natural Varangian woman in her natural habitat
I am 2% Scandinavian!
Which makes sense.
I was extremely glad/grateful/relieved to find out
this is where my naturally blonde hair comes from,
since my siblings are brunettes...
So there can be some weird genetics that pop up,
just like me!
Wait,
that didn't sound right...
Oh, pfft- you know what I'm talking about!
So you can imagine I was pretty stoked when I found out Texas A & M University's Dr. E. Gus Cothran, a clinical Professor of the Dept. Of Veterinary Integrative Bio Sciences,  was offering DNA Ancestral tests for equines.
Dr. E. Gus Cothran not only has a vast background in studying Genetics as a whole, but his lab has one of the world's largest databases of Equine genetics.
He also has received genetic data in the last couple of decades from the BLM, in order to maintain healthy viable genetic Mustang herds in North America.
Who has a Mustang? Well, as you know, I do. 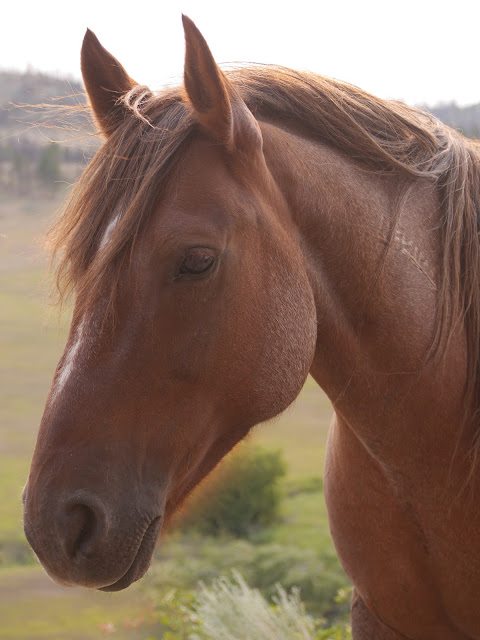 So last year I contacted the lab and had Frostig tested.
And I got the results back this week!
What is his DNA background?
Well, he isn't Eastern European or a Lab...
;)
~
More reading for you to enjoy until I post again!
https://www.horsejournals.com/popular/history-heritage/canadian-horse
http://www.agcanada.com/awc/a-big-test-for-albertas-wild-horses
http://aspenpeak-magazine.com/saving-colorado-wild-horses