I am writing this because I know I'm not the only one.

This month in another State, they found my brother slumped over in his car in a motel parking lot. A brief newspaper article online quoted a responding deputy, who described the body as still "warm."

He was already gone.

Ten years ago, when our mother decided to stop chemo for her aggressive 4th stage ovarian cancer, I volunteered to my mother and my elderly father that I could attend to her needs 24/7 at the end stage. Her wish was to die at home.

I moved into their carefully arranged bedroom, with its newly loaned hospital bed, and cared for her physical and medical needs. I stayed up with her when she couldn't sleep, telling her stories she'd ask me to repeat each night. When she could sleep, I would try to catch up on my own here and there, or clean up the house. The Hospice program would make their visits to check in.

My sisters would come in to fill the gaps when they could, and our brother also wanted to be included; he moved into the extra guest bedroom. We did what we did because we loved my mother.

However, situations would escalate whenever my brother was asked to complete a task. During this time my mother and father once got into a terrible argument with each other because of my brother's carelessness in performing a simple errand.

I remember telling my father that he needed to work it out with my mom before it was too late. I took him by the hand and led him into their bedroom, now my mother's hospice room. I told my parents how much I loved them.

"Now please work it out, please."

Fifty-Seven years of marriage. There was closure. They did work it out.

But I couldn't clean up everything.

I kept picking up near empty glasses of what appeared to be water but was vodka sitting around the house daily ("This is the third glass I found today - the hospice nurse is coming over!").

I was cleaning up shit literally and figuratively while trying to help our mother die. I knew who was drinking - my mother too ill, my father on blood thinners...

Without including my mother for obvious reasons, I confronted my brother, and notified my family that our brother had an alcohol problem. I knew the signs, having been prepped when I worked in Law Enforcement. The signs were all there.

My brother was defensive; I was one of those judgmental christian nuts he argued to the others. My father was convinced it was my brother's temporary coping mechanism. My family thought I was overreacting when I wanted to lock up the liquor cabinet. He was so damn smart at hiding things. So convincing that it was someone else's fault.

Alcoholism is a con artist disease that never tells the truth.

He was furious at me. He once was an affluent business executive, successfully working in the medical field - HOW DARE I. But I wouldn't take back what I knew to be true. We exchanged horrible words. Afterwards, my brother begun to drink elsewhere.

My mother died soon after. We got through the funeral. And I moved to Montana.

Our contact with him after my mother's death was limited.  He knew I knew how diseased his thinking had become. He was once so brilliant. I am very sure he hated that I knew. After all, he was ten years older; he was supposed to be the big brother, I the baby of the family. We never had a strong family tie because of age differences, but we were family.

Until I pointed out his disease.

When he finally admitted he had a problem, it certainly wasn't to me. There were numerous attempts at rehab and AA, yet no apologies. It was easier for him to make sardonic, witty remarks at a distance, to keep convincing people that he quit drinking for good, and it was easier for me just to try to forget about him entirely.

He moved on to destroy other relationships. I stayed away. You cannot fix what doesn't want to be fixed. And sometimes things are so broken they can never be fixed.

Any possible reconciliation was on hold.

Three bottles were found in his motel room.

I know some of you have gone through this.

I tell myself my brother died long ago.

I didn't know the man in the car. 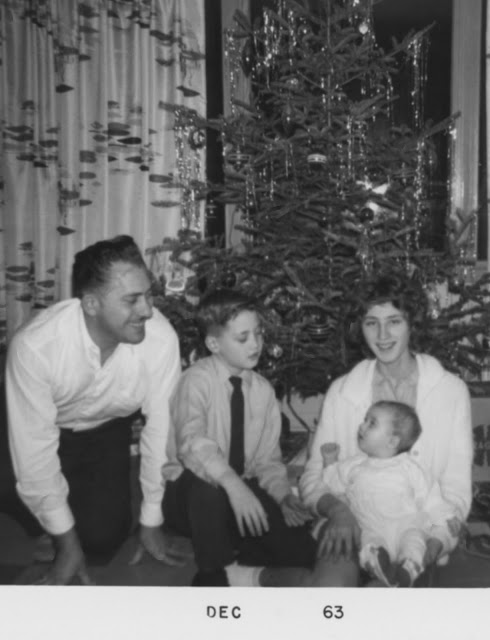 I wrote this because I know I'm not the only one.