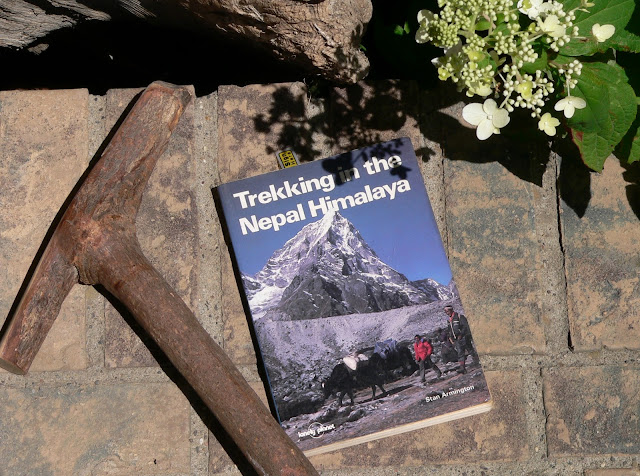 The first day, Jiri to Bhandar, was a killer. Going up the second ridge (a 900 meter or 2950 foot climb from Shivalaya) was very slow. That night we thought about hiring a porter. We found out they wouldn't be easily available due to some regional festival.


The trail itself is good; basically a well worn footpath. There are lots of switchbacks to accomodate the elevation changes. Groups of porters are pretty common, generally a dozen or so men (some women) carrying large triangular wicker baskets that look pretty well loaded. Most carry a sort walking stick with  a T-bar handle thus they can sit on it in a semi-standing position.

Yesterday the 25th was much better. We had a nine hour day including an hour lunch break. Our guest house last night included four Israeli's and two Canadians.

That's an interesting aspect of the hike - you meet people from all over. We learned something from the Israeli’s: don’t drink local water that hasn’t been boiled. They had a couple bad days early in their trip. The standard beverages are hot tea or hot lemon (hot water with some lemon squeezed in). 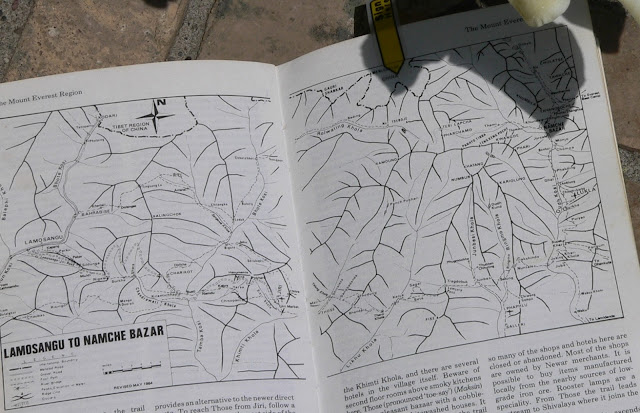 Our guide is a small book, Treking in the Nepal Himalaya, by Stan Armington. We’re staying in small guest houses in the towns along the route to Mount Everest National Park. Thus far the guest houses provide a small room with two beds and an evening and morning meal. 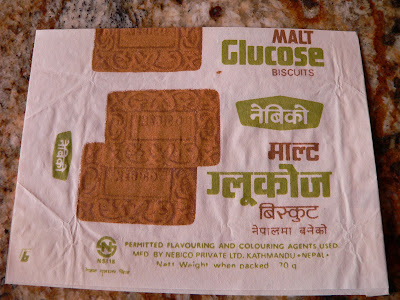 We’ve usually been able to buy lunch (glucose biscuits) along the way. Being prepared for this our packs include clothes, sleeping bags and our personal effects.


Not having to carry a tent, lots of food or cooking utensils is a big help. Our packs probably weigh 30-35 pounds. At this point the temperatures are similar to what we’d have in Wisconsin this time of year.  We did bring some warm clothes.

The local food, at least what they’re feeding us for supper, is right down my alley; Dal bhat is the staple. It’s some type of lentil based soup that’s poured over rice. It’s simple, filling and it shows up every night every place we’ve stopped so far. At home I’m used to eating rice and ground beef with soy sauce six or seven nights a week; this isn’t a radical change for me.