(not that Ramada Inn) 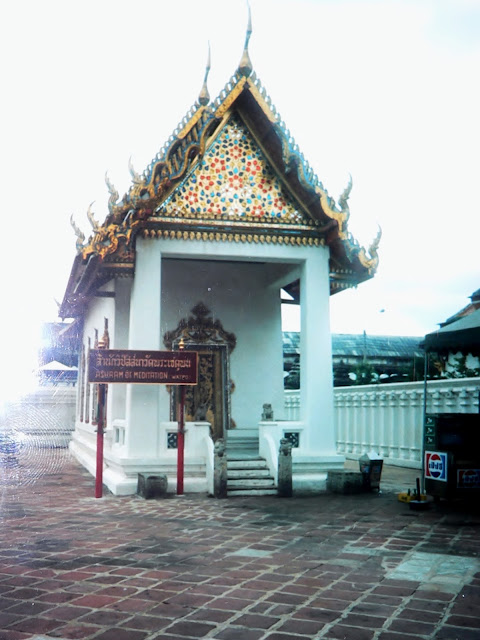 After waiting at the Bangkok Airport for daybreak, we finally found a hotel and slept from 10 am to 9:30 pm yesterday. 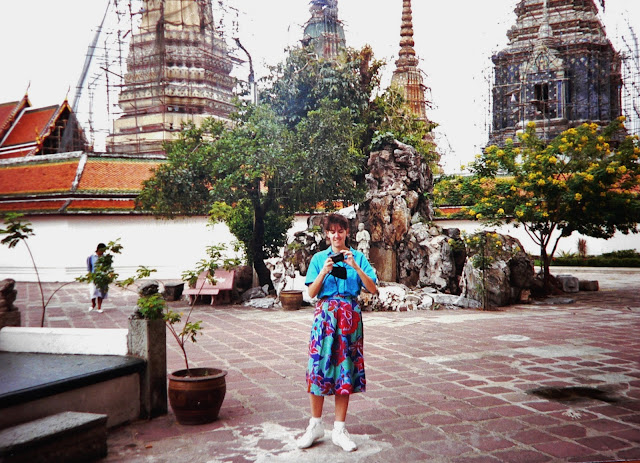 My sister Jane, a live tourist, at Wat Phra Kaew
You can see where they were working on the temples, some over 200 years old

For no particularly good reason, at the airport we opted for a taxi driver who wanted to take us to the Ramada Inn from the airport during our day and half layover in Thailand. It turned out to be no relation to any hotel we’d ever heard of. 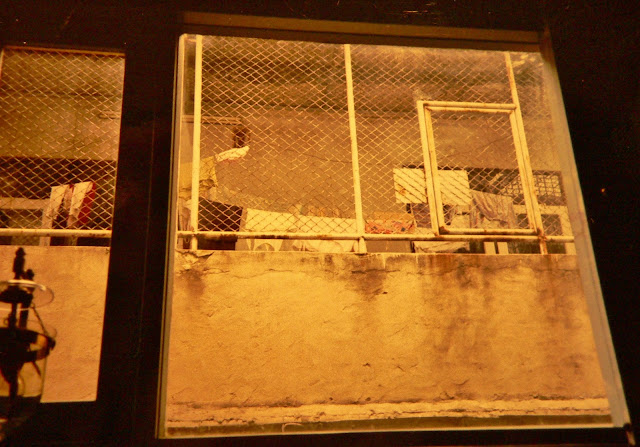 Our  room view from beautiful Ramada Hotel
Near General P.O


The drive from the airport was interesting. It was like any aggressive rush hour until the motorbikes got into it. 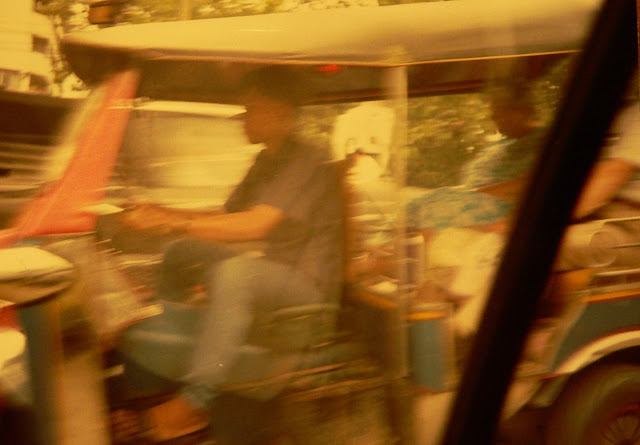 
They filled all the gaps between the cars at freeway and city speeds. We didn’t see any accidents on the drive which surprised us. I thought for sure we’d see blood somewhere along the route.  I was glad I wasn't driving! 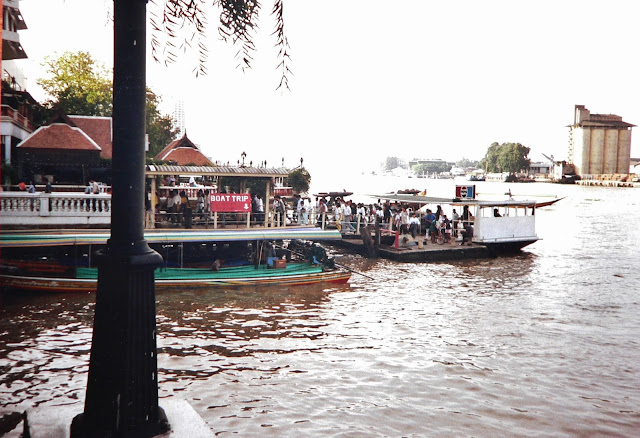 I’m generally not drawn to cities but Bangkok has been interesting thus far. We are in a downtown area that has a lot of traffic. 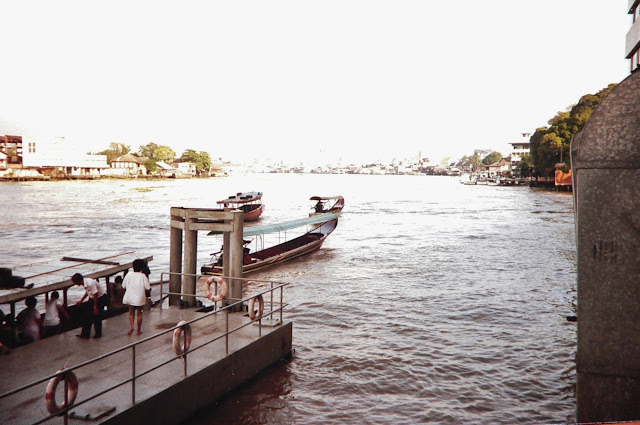 During the day it was scary just crossing the street. Trying to focus on the vehicles I was afraid that if one of us was just half a step in front of or behind the other they might be clipped off by a car or rickshaw (motorized 3 wheeler). 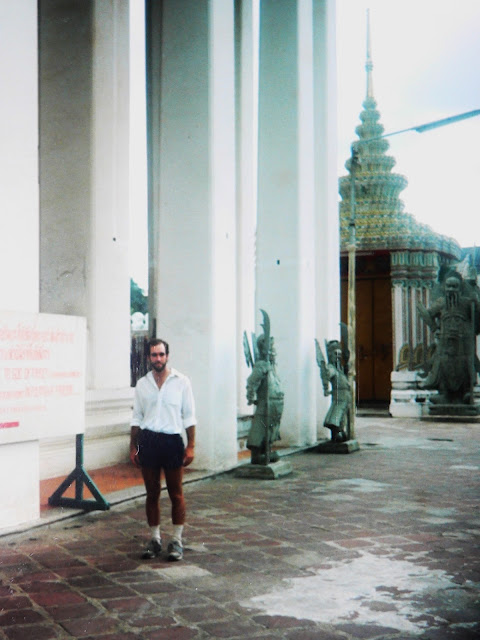 Another live tourist (me) at Wat Phra Kaew
There was one temple which had a 90' ft Gold Buddha statue,
and of course, the main temple which had
an Emerald Buddha carved out of a single piece of Jade


At one point I did venture off the main thoroughfares into a residential / shop area. 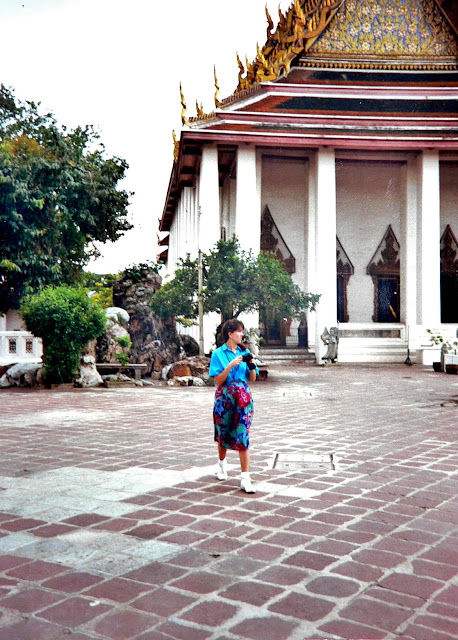 Each temple was in the architectural style of " Rattanakosin"
or old Bangkok style - many mosiacs, roof tiles, and marble pediments
Wat Phra Kaew is regarded as the most sacred place there;
Buddhism is widely practiced in Thailand.

It occurred to me that this was a much of a wilderness (to me) as anything I could find in Canada or Alaska...