the "no name could be how about nope" ranch

Sometimes I wake up in the middle of the night
and think of thoughts that probably normal people dont...
i think.
it could be the left over valentines peanut m & m's and pinot grigio
right before im brushing my teeth because i might get hungry
while im sleeping so lets hurry up and eat the rest of the bag
and down that last glass worth left over from last week
because i found it in the side drawer of the frig
and we are out of milk...its a good thingy type of bedtime snack.
for wayward adults.

Now you know where i get my writing skills from.
anyhow,
Lately I have been hung up on a specific word -
R A N C H .
Some people live on 20 acres, and give it a great sounding title
like
"Bonanza"
I think that it means "pretty dang good party times"
close enough.
I wanna name our place, but i dont know what to call it.
I ask her over and over and over again and shes just playing hard to get.
I ask nicely, and all i come up with is...
....
...
yep.
We own 153+ acres outright in the most ranch-iest part of the USA;
SE Montana.
There are free range cows everywhere and you know your neighbor within 30 mile radius.
And if you walk anywhere you wont see anyone
unless today is the day you decide to not color match your clothes nor brush your hair.
I know this by experience, its uncanny.
I should point out also, that we live in the most ranch-iest part -
the most raunch-iest part in Montana is this one neighborhood in Billings,
the largest city in the state,
where the youngest daughter once called me up to ask me
where she should she hide in their "trying to save money during first year of marriage" apartment...
She heard gunshots.
Bathtub I told her, inner room, drop to the floor away from the windows and crawl to bathroom/bathtub.
and by the way when is your lease up?
Anyhow, i digress...
We are lucky to live surrounded by a national forest on all sides,
and we are 13 miles away from the Powder River.
Yep, that Powder River.
the same one in the movies that John Wayne drove pretend herds through
and got bit by pretend rattlesnakes and attacked by pretend wolves

and didnt have a bathtub to hide from the bad guys...
nope.
too heavy to haul around. He was tough.
So anyhow, do we own a ranch?
The ranches around here own SECTIONS of land.
We be piddly in acres compared to 1000's.
"Piddly Acres"


errr, no.
The big ranches have cool names.
We want a cool name.
So the definition of a ranch is one that has livestock on it...
We  do have two animals that I pay taxes on each year in my name
because they are livestock according to the State of Montana...
but they are horses.  we dont eat them. yet.
remember Y2K?
you never know.
Y2K horses.
"the Y2K  you never know horse homestead"
uh, no.
HOWEVER the wildfire did leave us with some issues.
Okay, a poopload.
and not just my own.
One of them was that we lost over 25-30 acres of trees, all on the hillsides.
There will be grass there that we cannot hay, because, well
steep you die hillsides.
"STEEP YOU DIE HILLSIDE HILLS"
That does not sound like a name, its sounds like a halloween flick or a bad homeowners association.
I digress. again.
SO anyhow, we can get baby cows to eat the grass
on these steep you die hillsides!
And we can eat them with no issues at all!
Right? 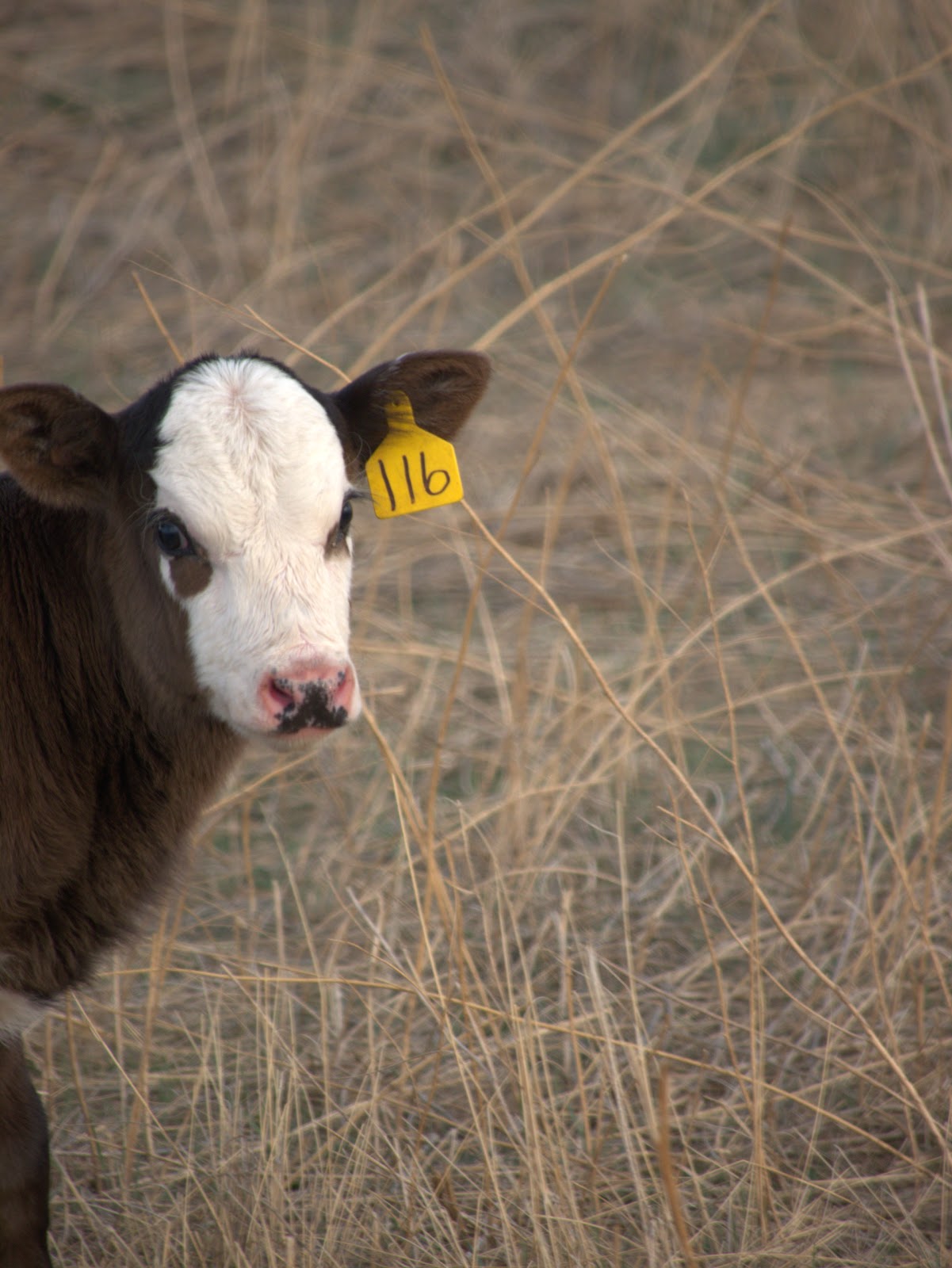 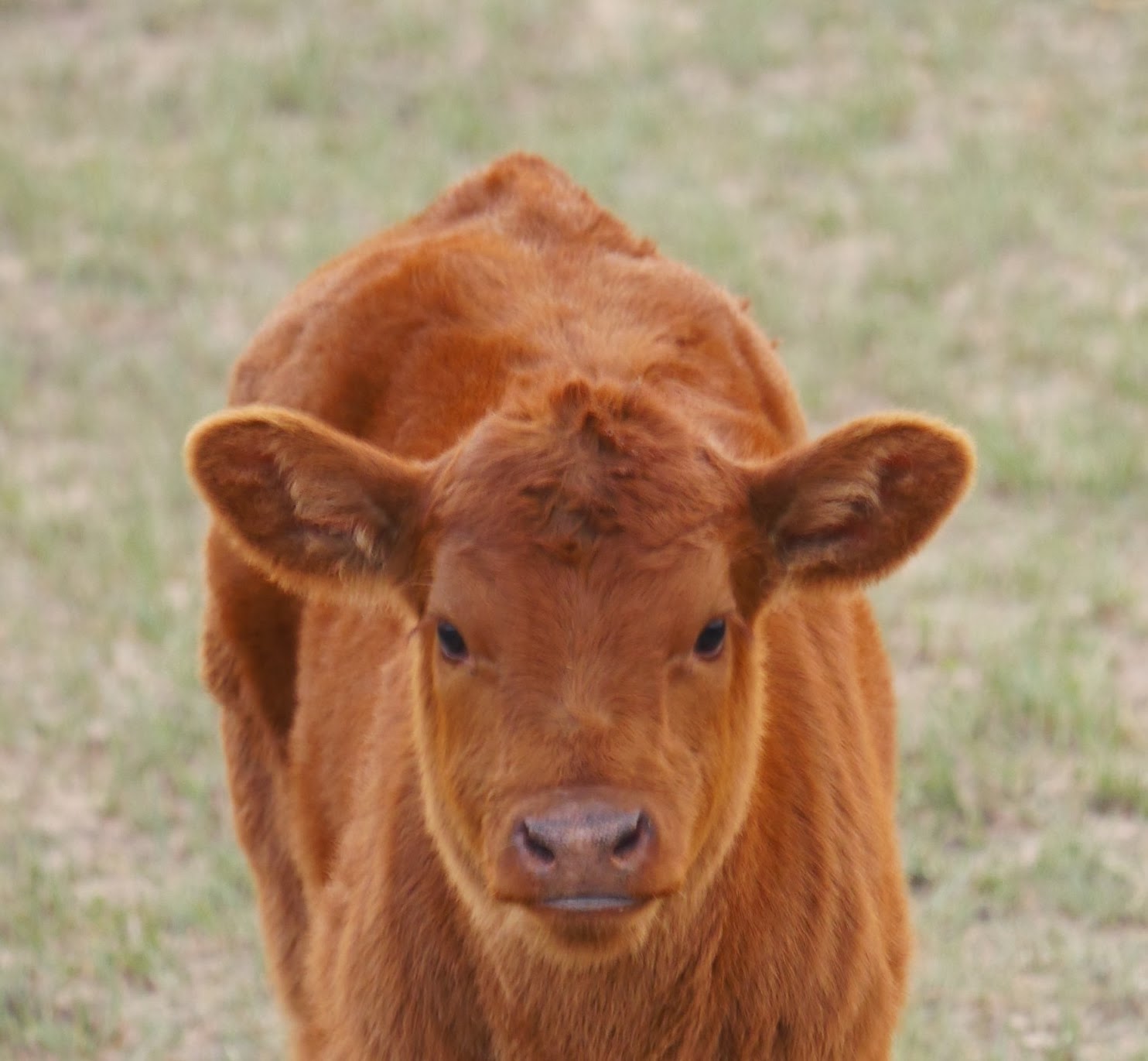 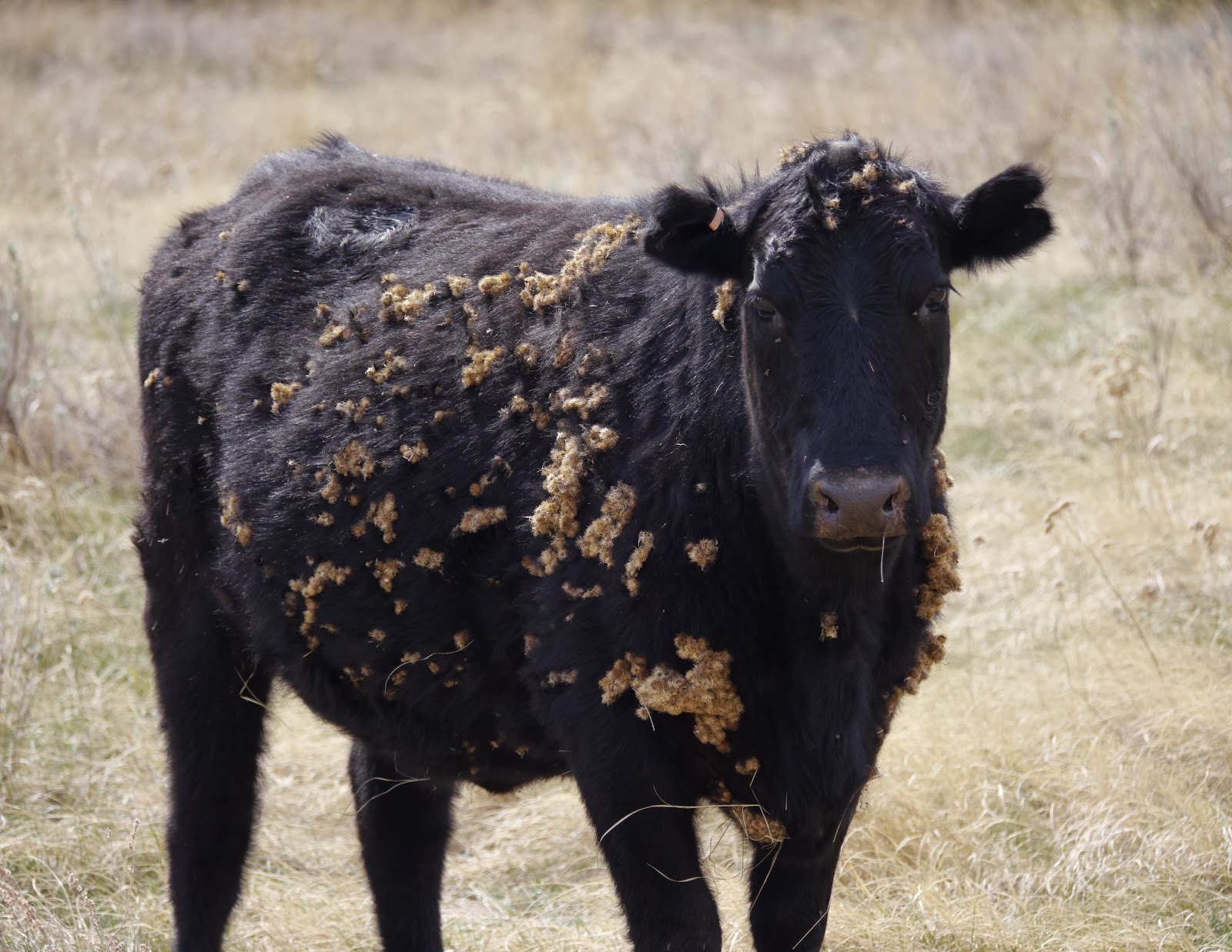 How about we brush this guy before we eat him?
*bawling like a calf*
:'o
This probably would not work out right now for us. me.
Okay, moving on, we did however get acquainted with cows last year,
as the nicest neighbors to the north who actually have cows
brought their cows over due to the wildfires burning up a lot of grazing.
btw we can call their place a ranch for reals because well, cows...
Heres their girls and kids having a feast on the hayfield right in front of our house down below- 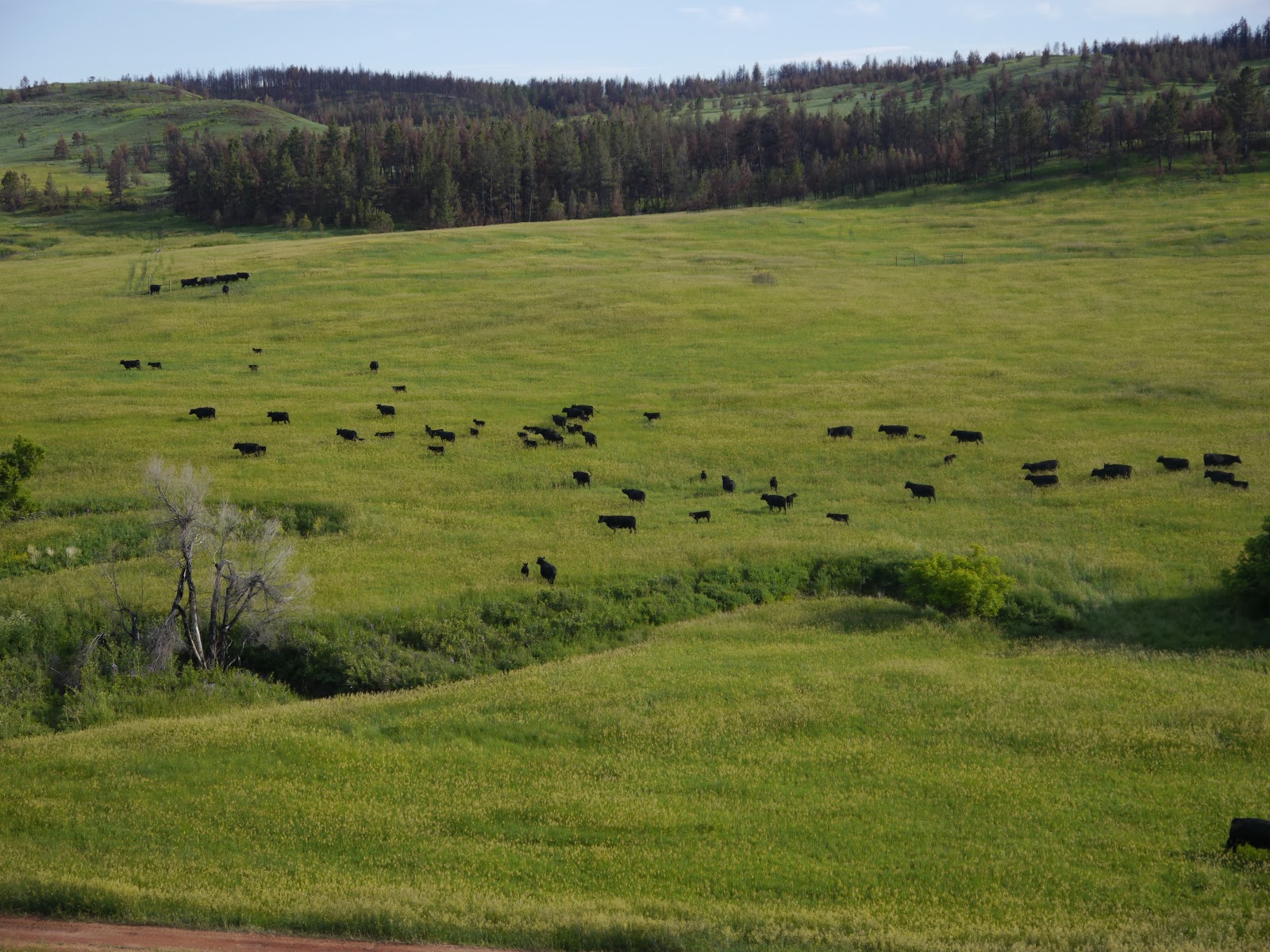 since we had enough grass to share, we shared.
And it was fun having them as our guests!
It was a grass party!
"The Grass Haven Hovel"
?
ah, no.
we have about 60 -70 acres worth of hayfields here,
not counting those grassy hillsides nor the horse pastures nor
the 20 acres that buffers around our house on the hill...its kinda a big place...
so we have hayfields.
that makes us hay farmer neophytes.
"Hay  "we are going to lose lots of money hand over fist" paradise"
sigh.
Which brings us to this issue-
(need some more peanut m & m's and pinto grigio ? typo, it stays...) 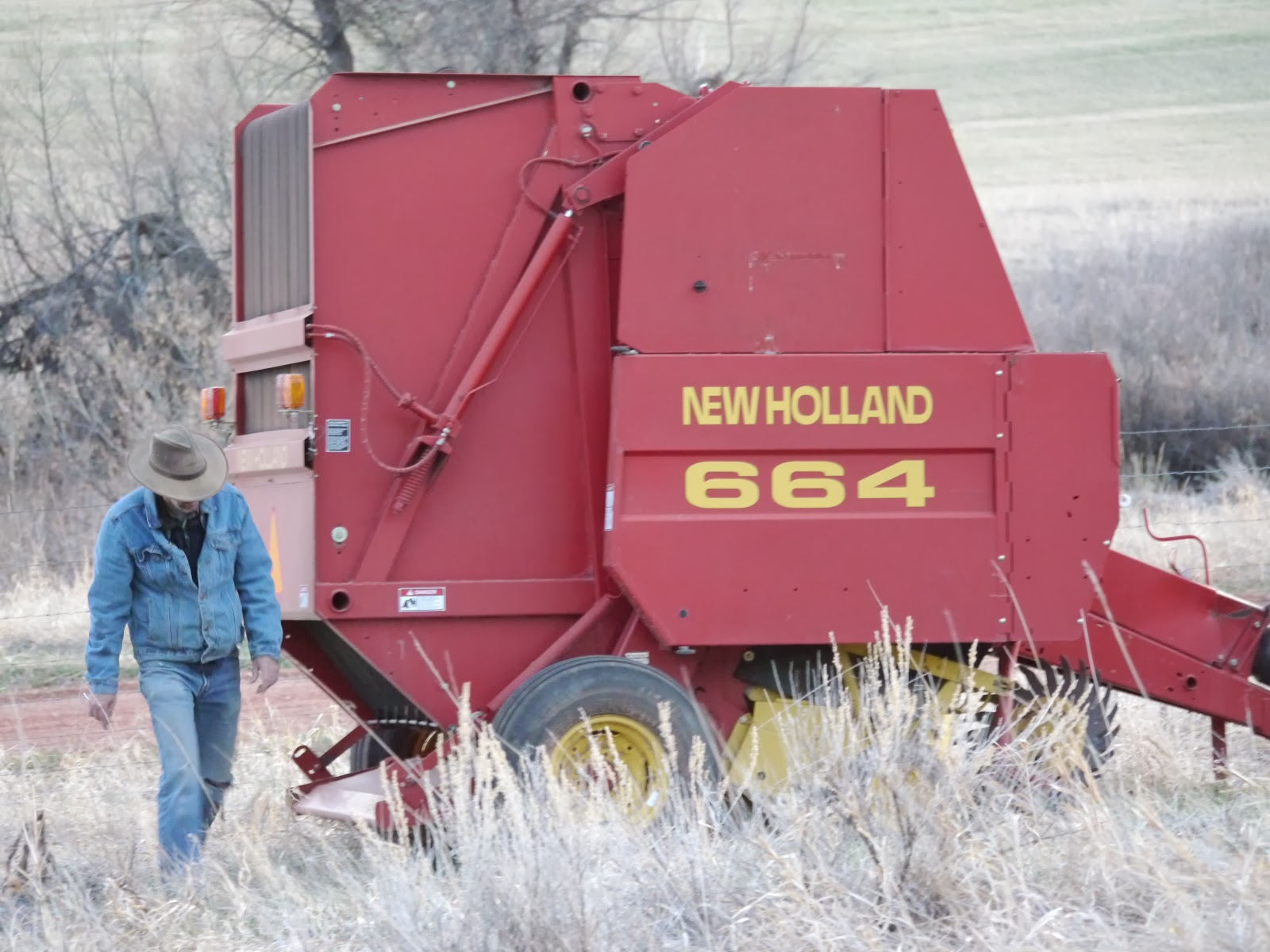 this is the first hay baler we ever bought.
sigh.
She was a beaut.
RED she said.
I had a dress that color once... 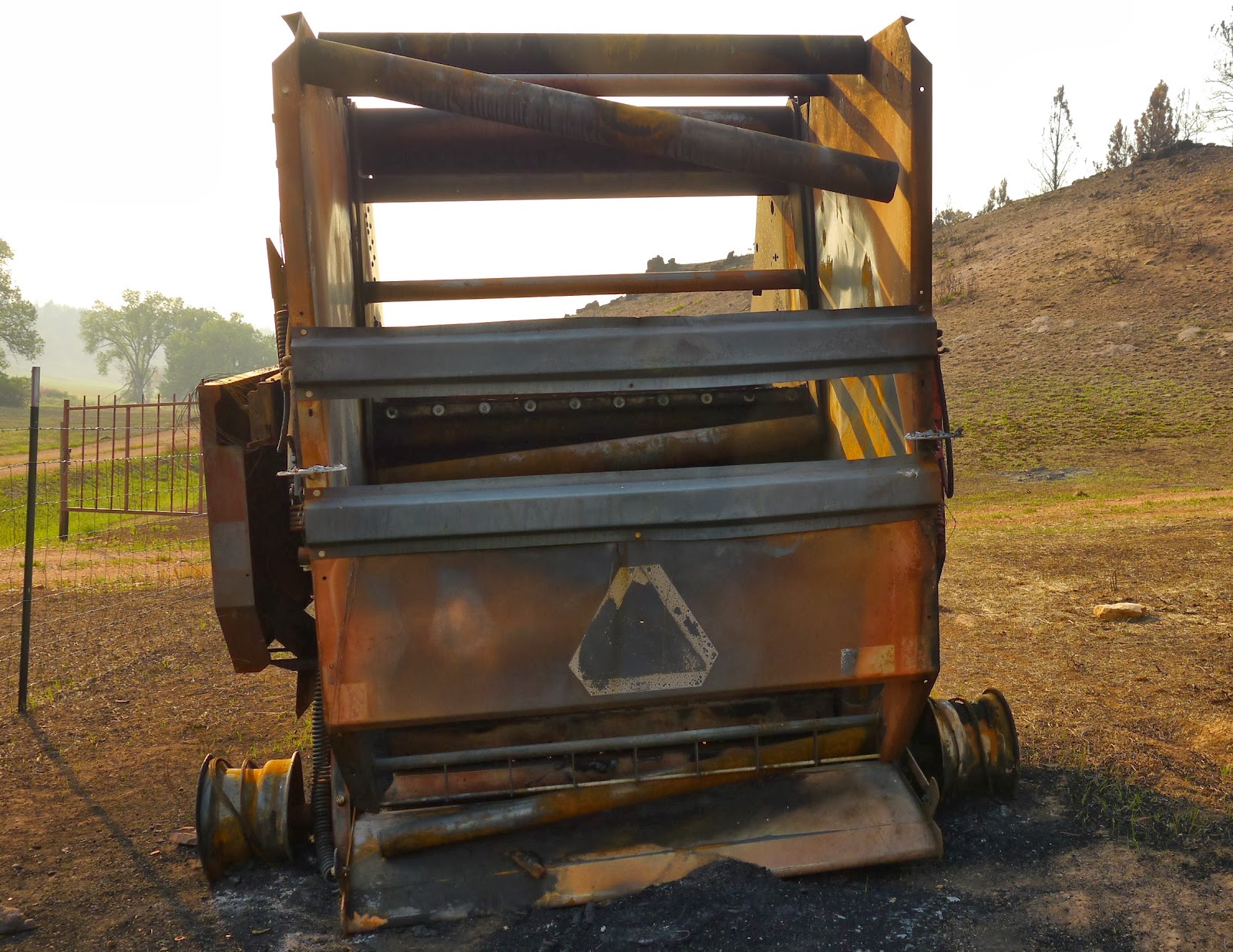 And here she is after the wildfire.
not so red, but i do have a dress that color now....
Fire isnt kind to rubbery things that have grass stuck in them.
So our first farm equipment casuality.
gotta get a new one.
If I was to know that I was going to have so many balers in my life,
I wouldnt have gotten so attached to this one...
I didnt plan to be a baler tart.
anyway, 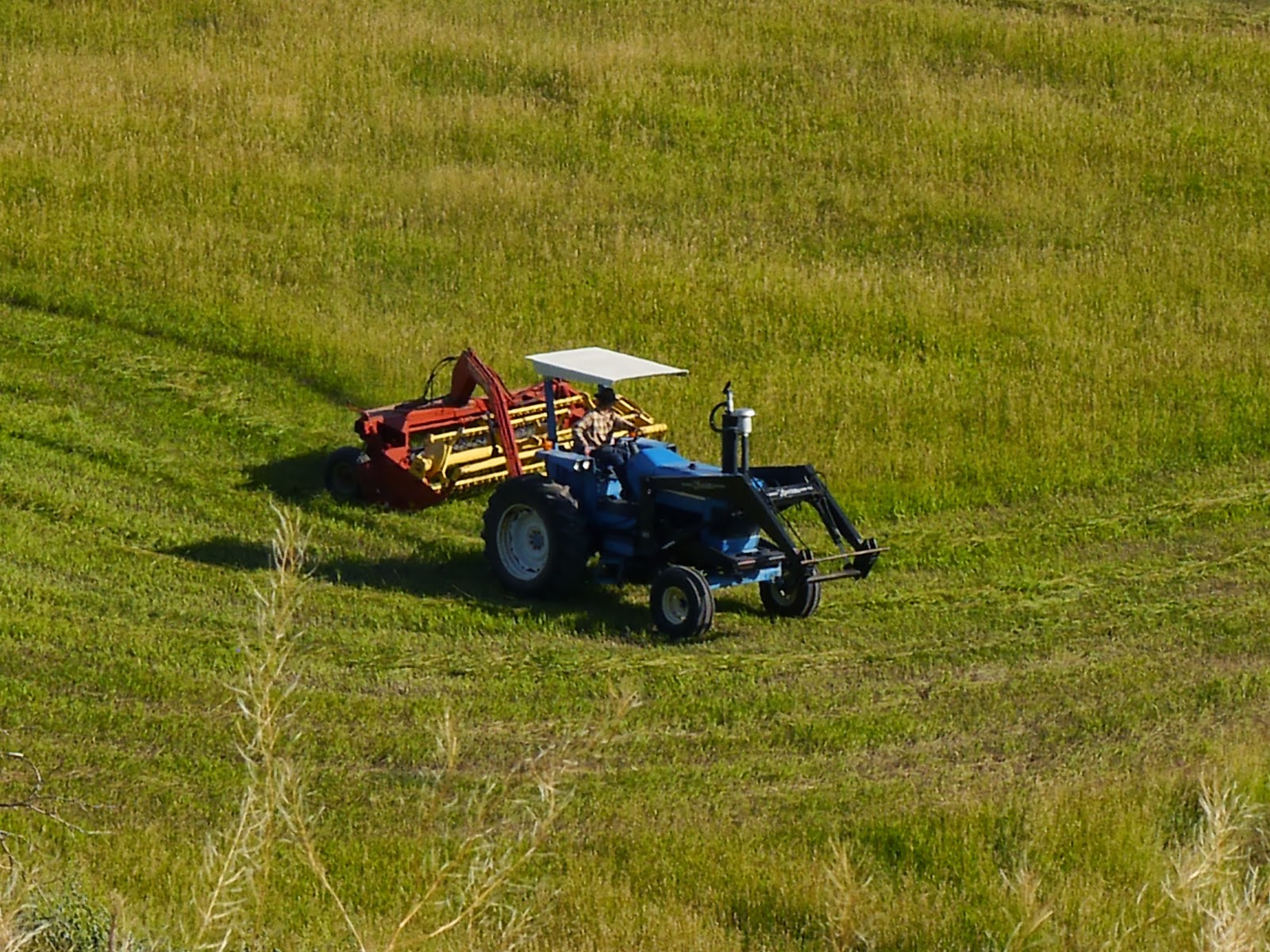 we have a ford 7700, and a New holland mower that DID survive the fire. 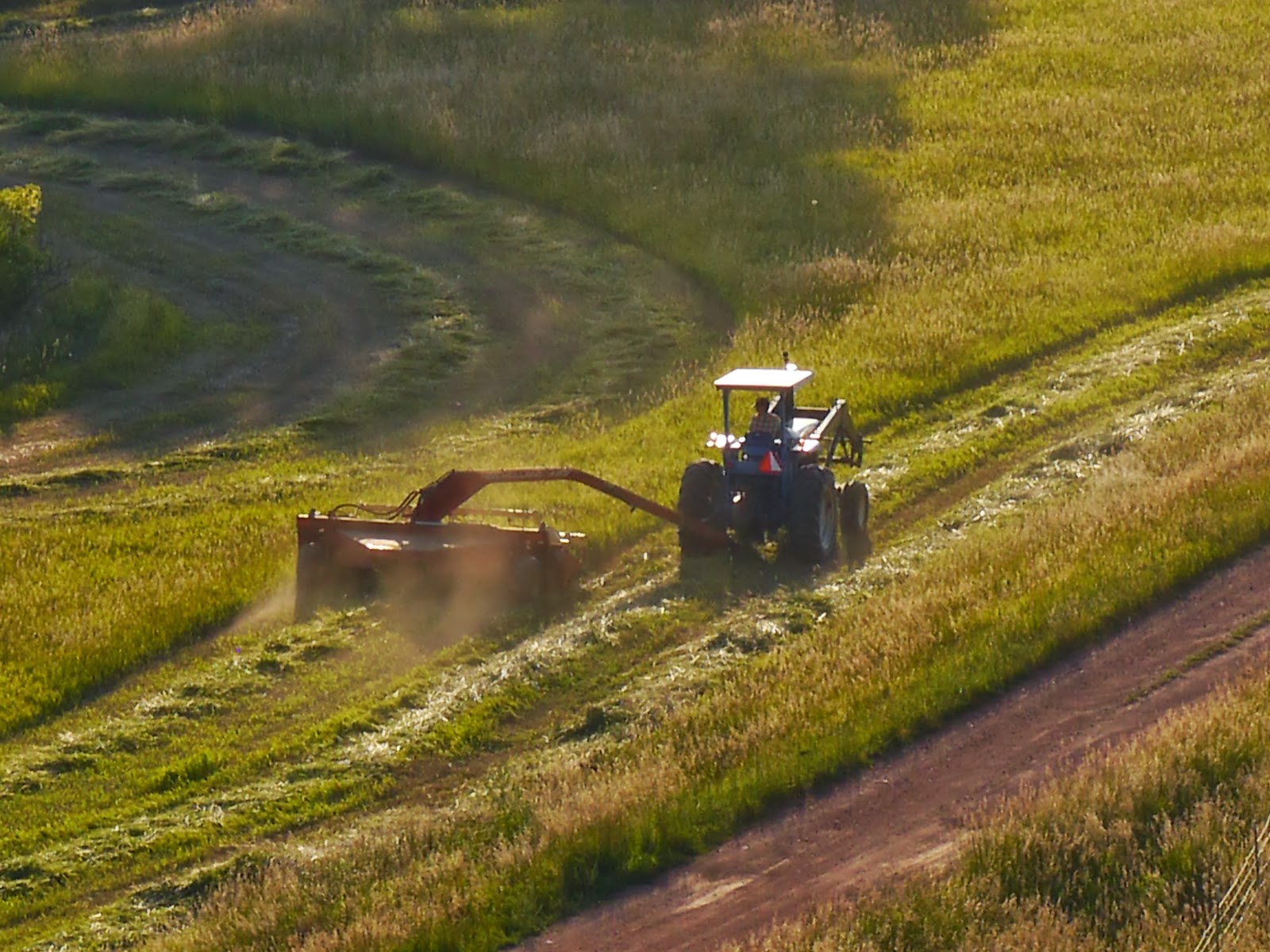 Oh, we had to have some tires replaced, and some hose-y type things,
but we got them running!
Okay, fine. actually, mr. foresterman gets them running,
and I get to be the assistant.
Like terri garr in "Young Frankstein".
ZISS IZ MY SPESCHALITY! 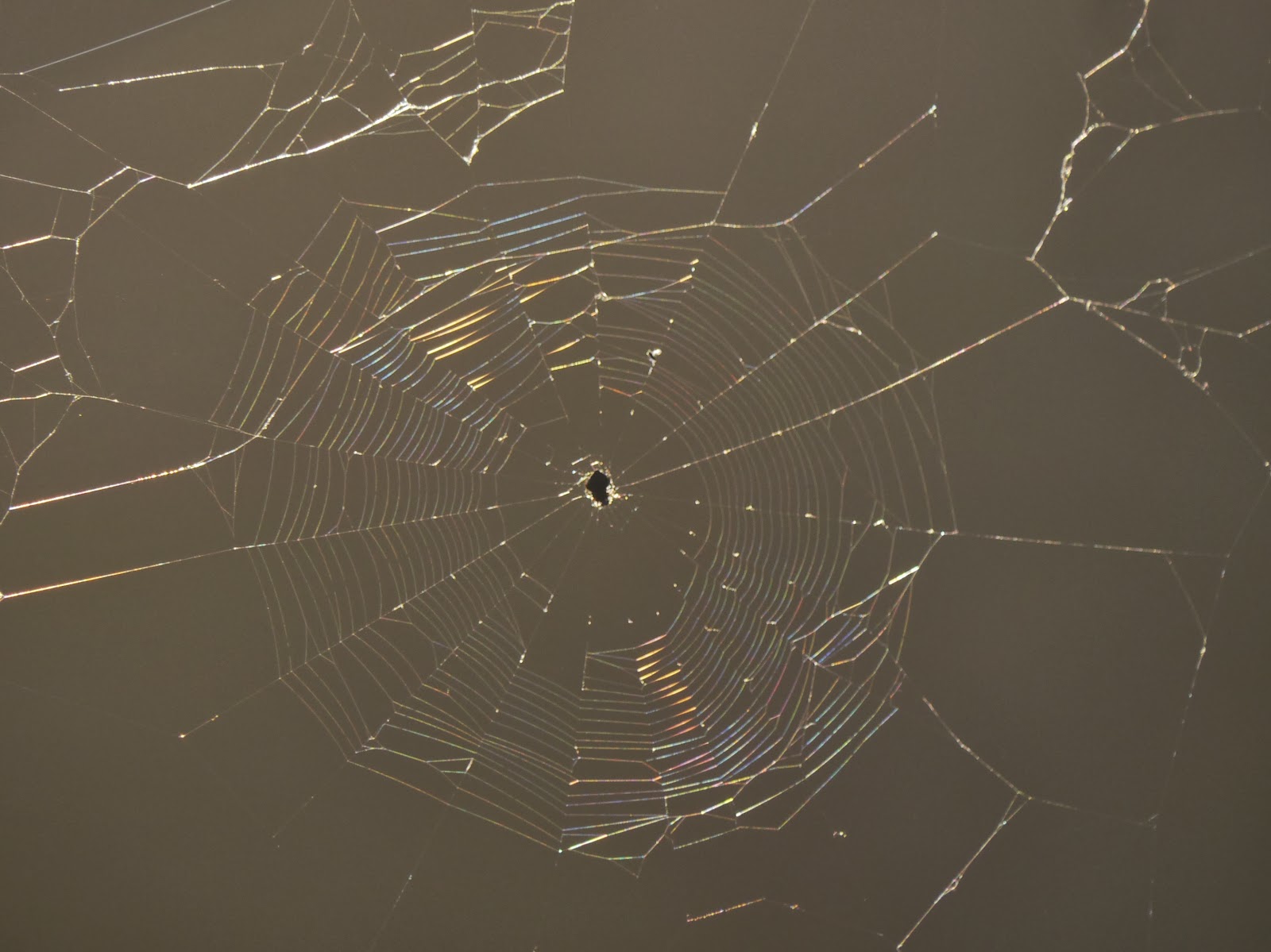 Here I took a nice picture of a spider web while he was fixing something whatever
and then i got to sit in the tractor and start it up and then it ran while he fiddled with whatever
and i was like the hero
because like MY magic paws started it... 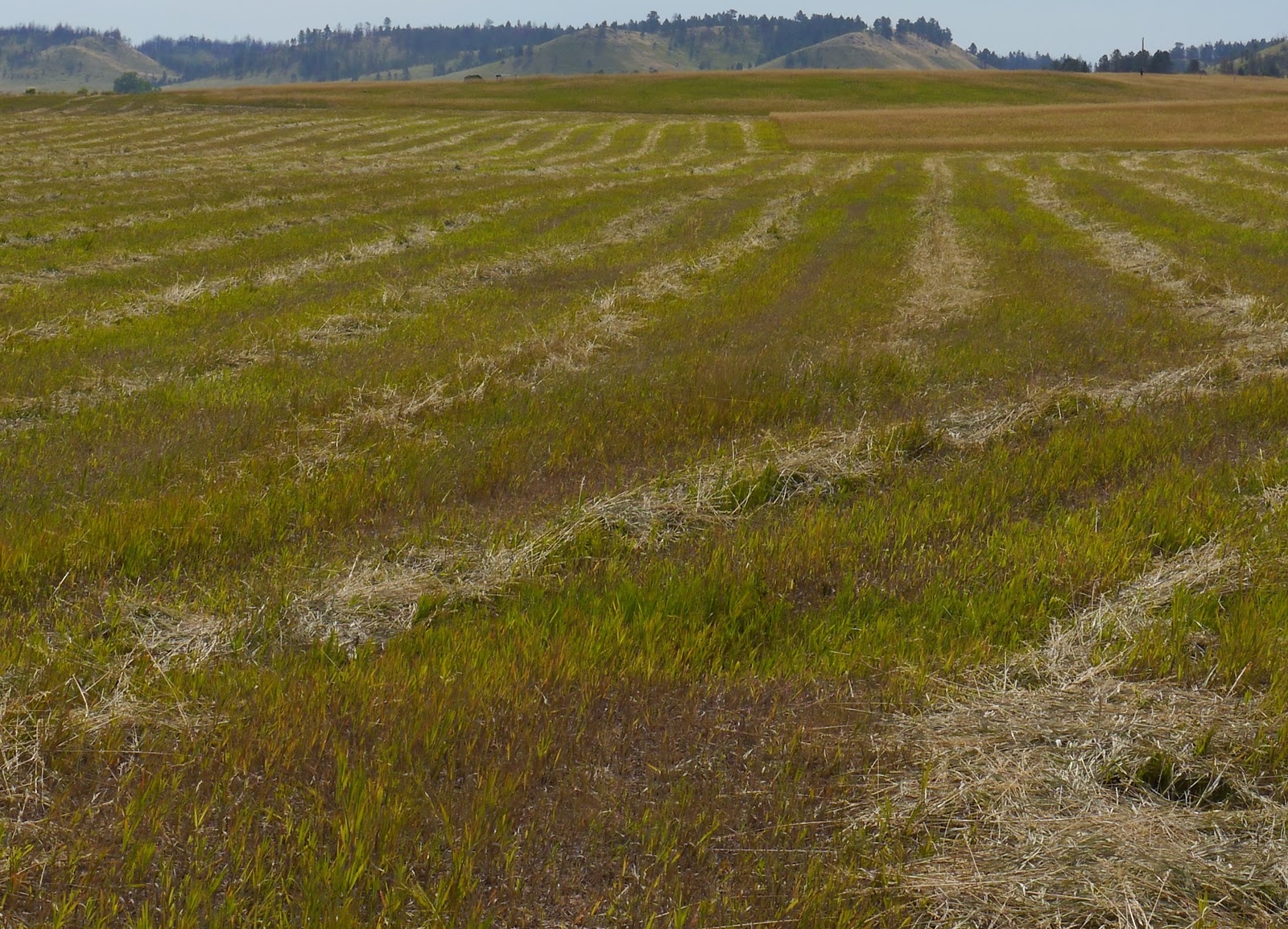 and then I got back to taking pictures again.... 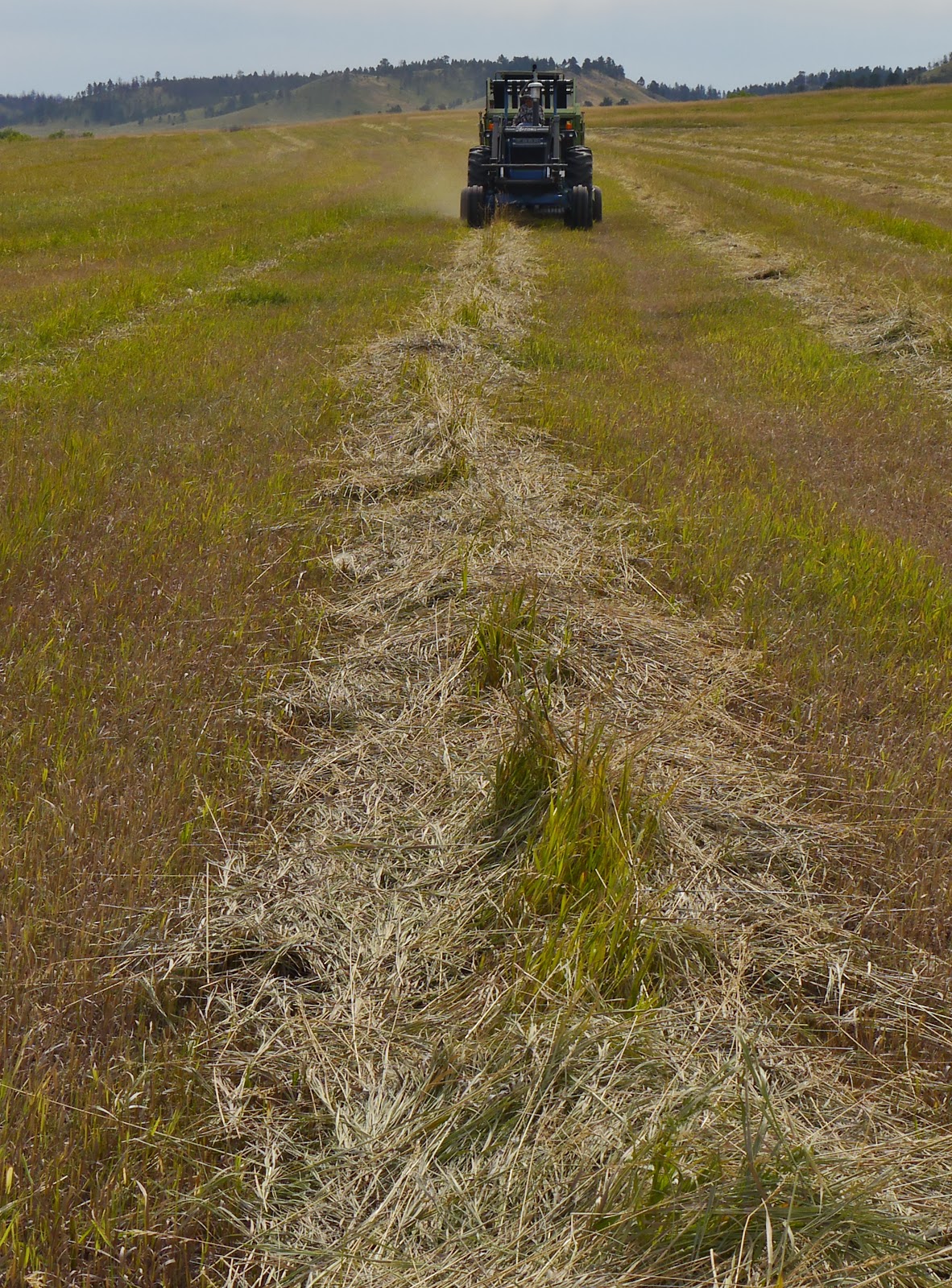 So Why dont I drive the tractor? 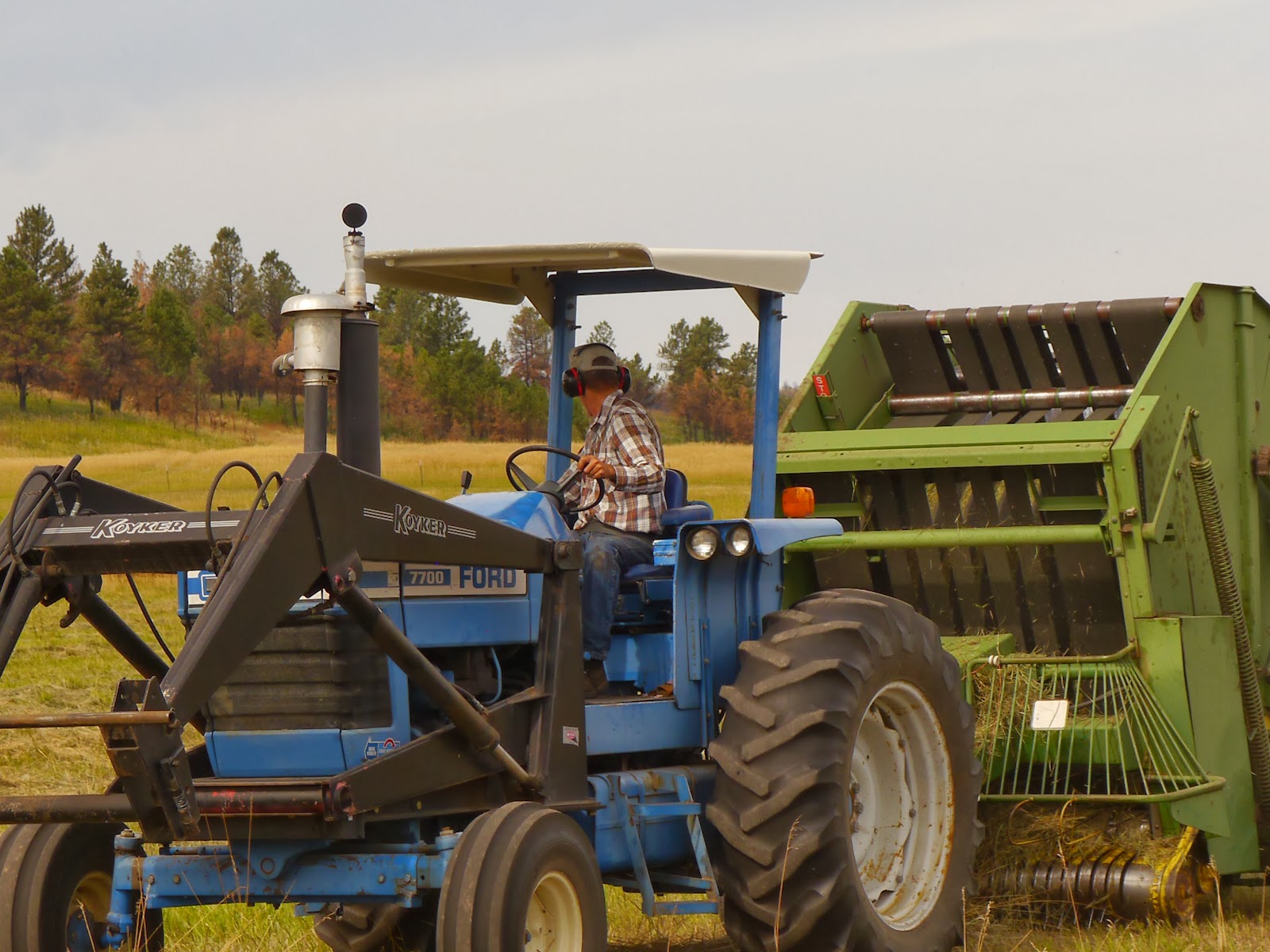 Look at the way he has to sit!
That looks painful.
ouch.
i dont think so. 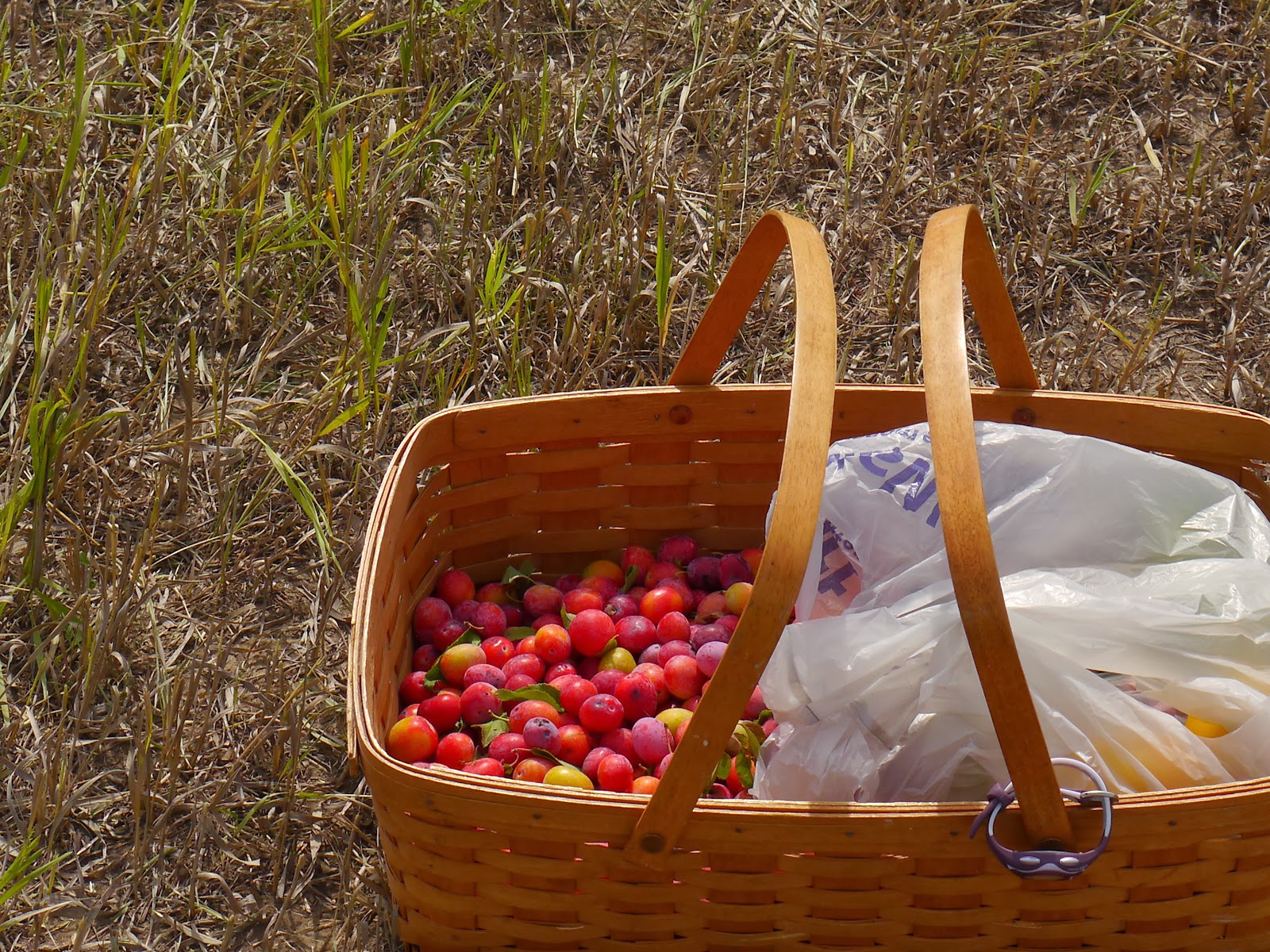 plus i have to pick the wild plums... 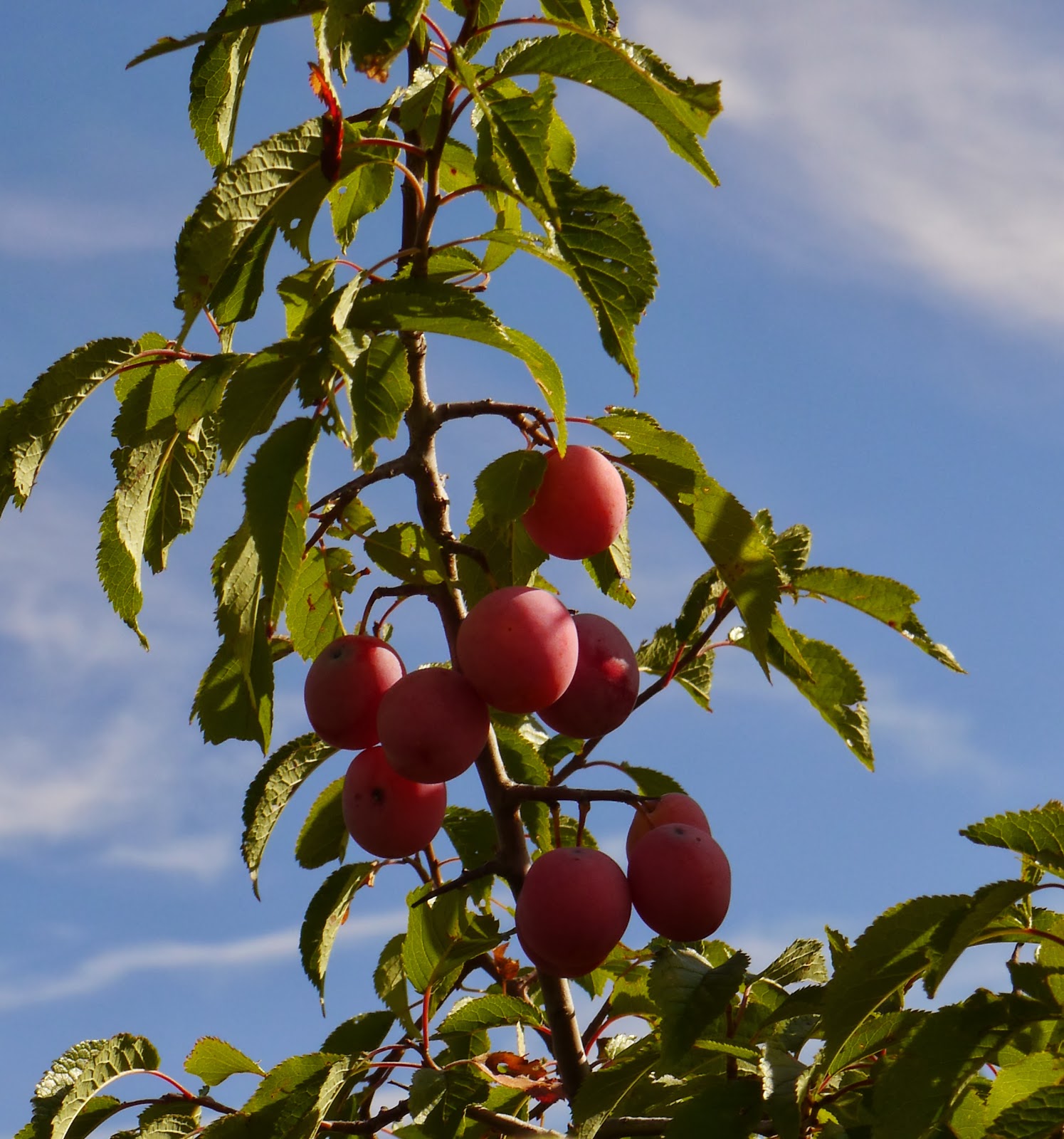 and take pictures of the ones I cant reach...
But seriously, would you want to drive something that says crap like this -??? 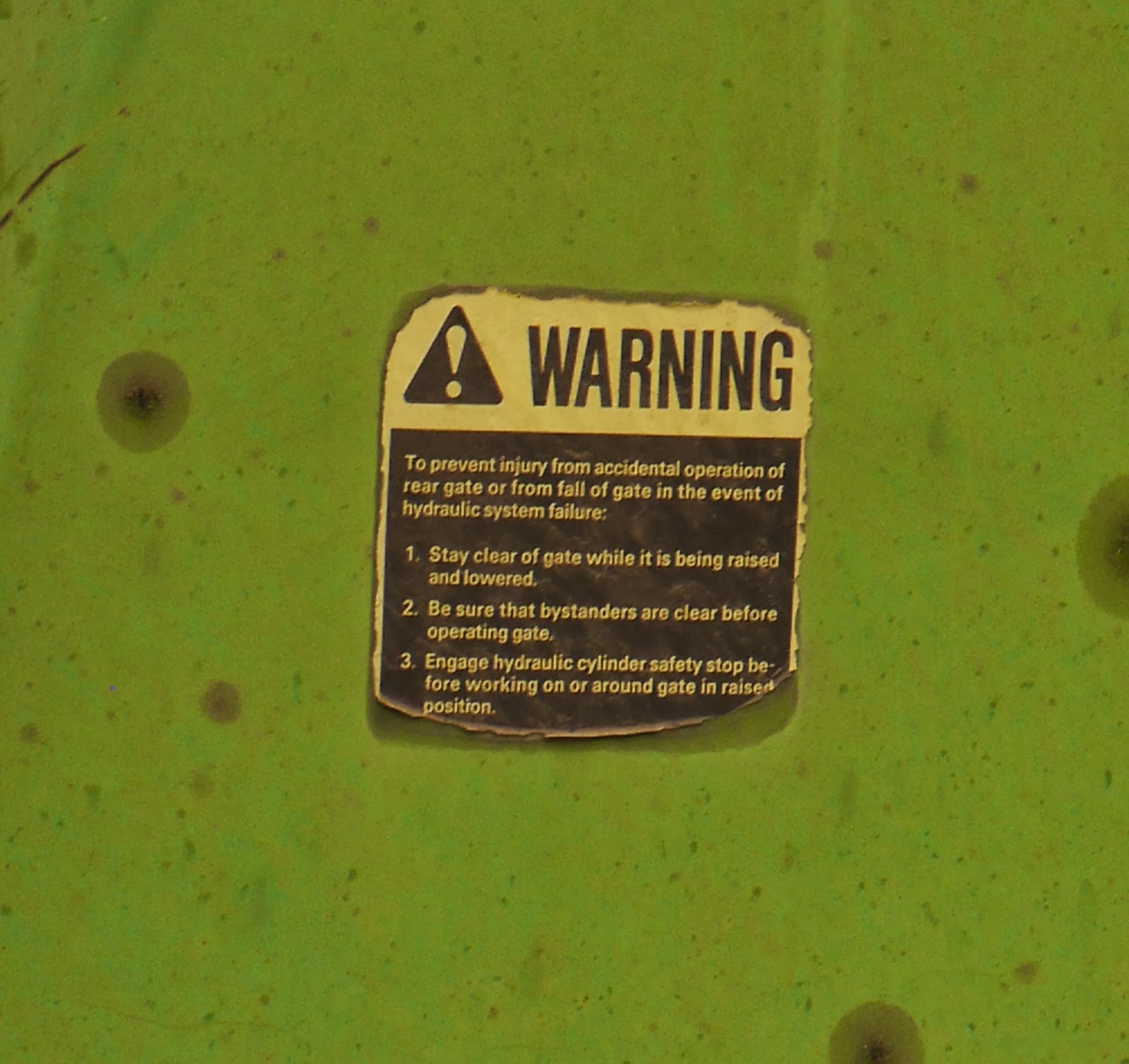 these things have little warn-y stamps all over them!
they are death machines!
hayfarmer ant traps!!!
Im like,
NO I WANT TO LIVE THANK YOU.
And hes all,
"but you have to know how to drive it because I might need you to move it off of my body!"
And im like all,
:/
:|
:\
so then he has been teaching me how to drive this thing, except he keeps the keys
because i started to come up with some pretty good ideas, i thought...
like how to pick those wild plums up high
because i could climb over the hood and into the bucket!
and
the roof would make an excellent tanning bed
to get ready for our oldest & her honey's destination wedding!
and
well, you get the idea.
ZISS IZ MY SPESCHALITY!
So i dont get to hold the keys just yet. 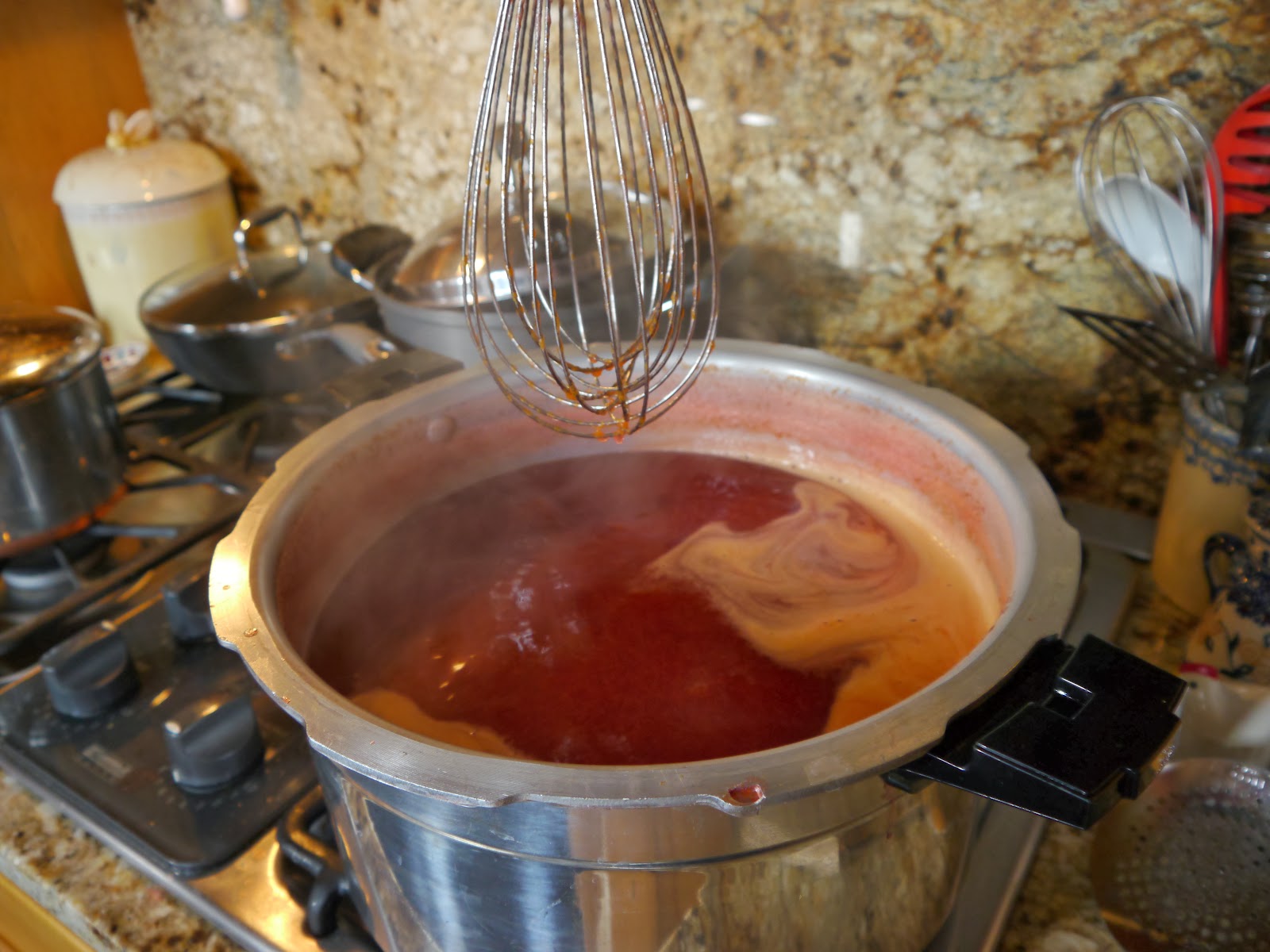 but he lets me touch the buttons on the stove so i can make a good wild plum slurry.
anyone know how to get this stuff to set?
ZISS IZ NAWT MY SPESCHALITY!
Anyhow, not only do we need a name for a our place, but we need a baler.
The one you see in the pictures was loaned to us by
the once again nice neighbors to the north with the cow ranch.
This means road trips,
and
lack of blogging.
we have been to North Dakota, South Dakota, Wyoming,
and of course Montana to look for a baler.
Want to see the world?
become a hay farmer.
of course this "world" doesnt mean exactly meeting lots of people, 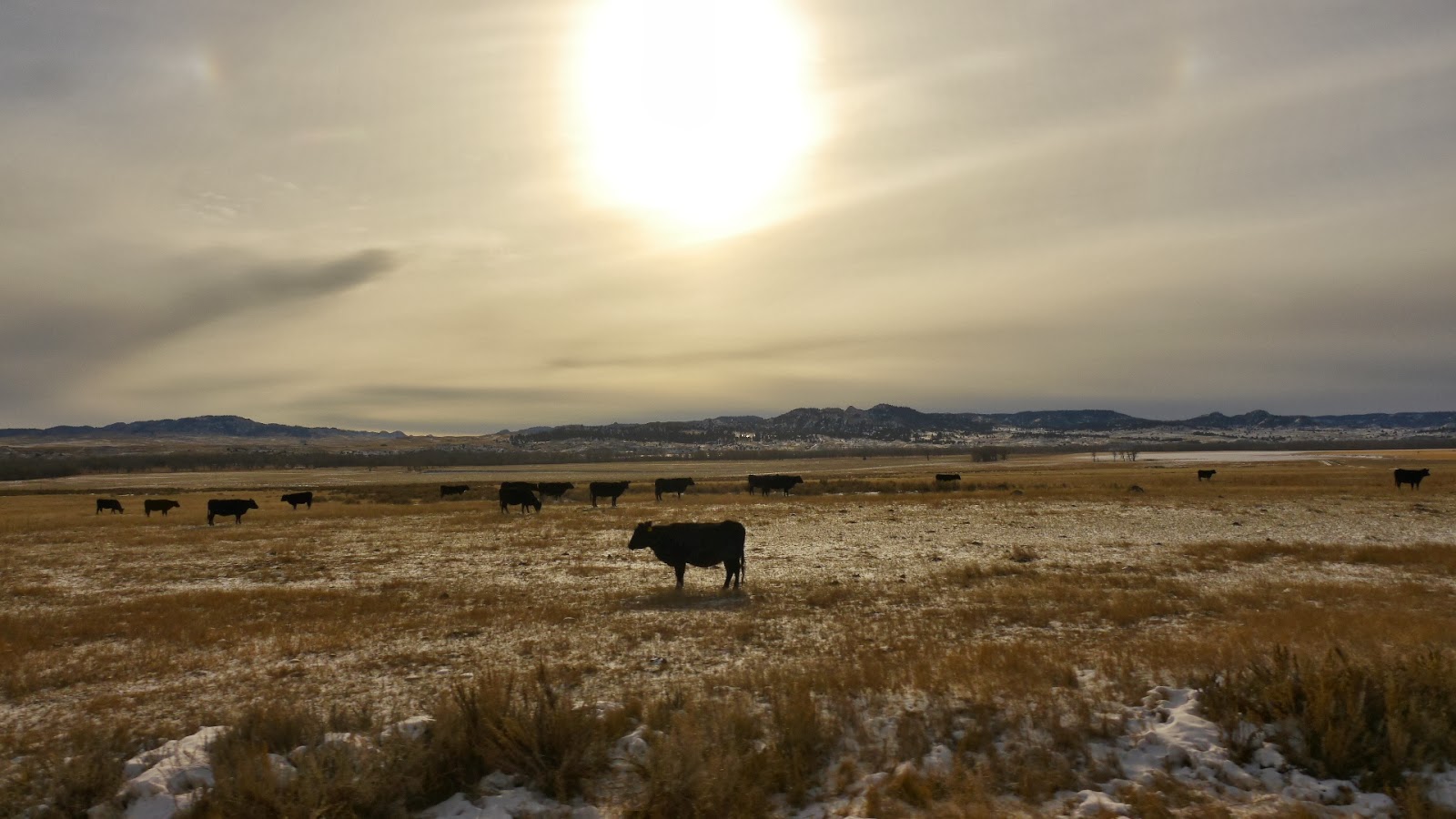 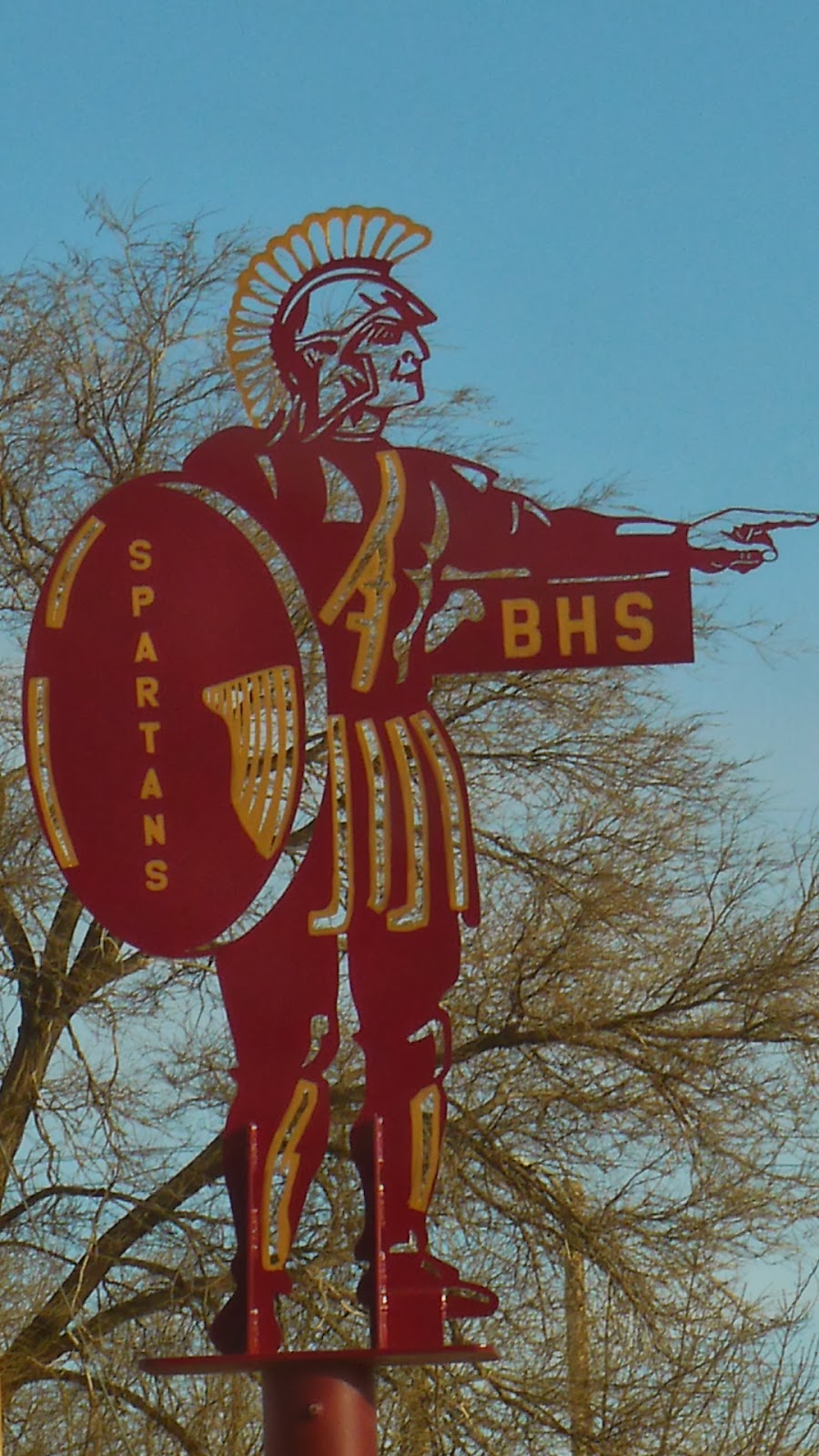 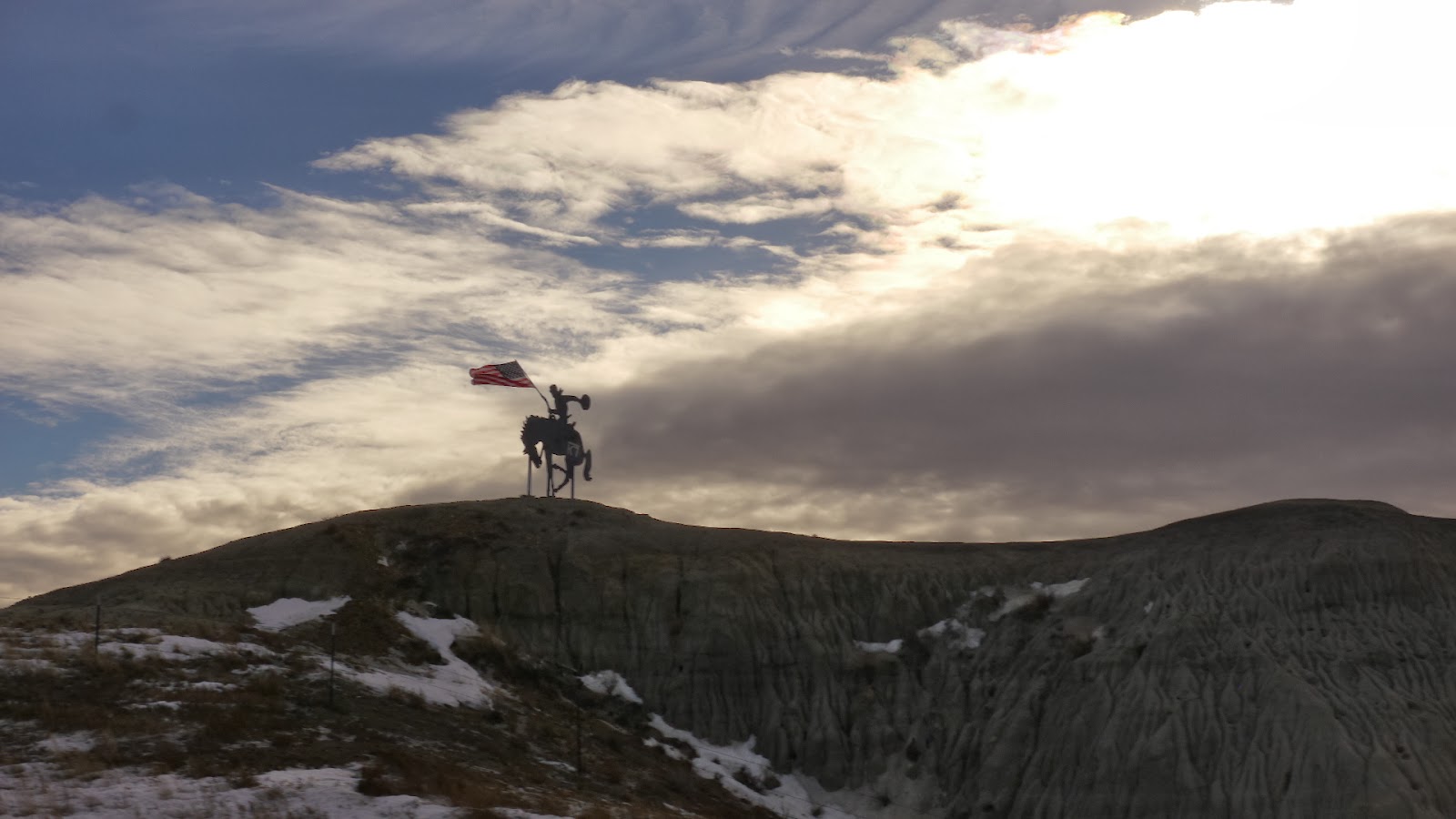 and cowboys bigger then John Wayne. 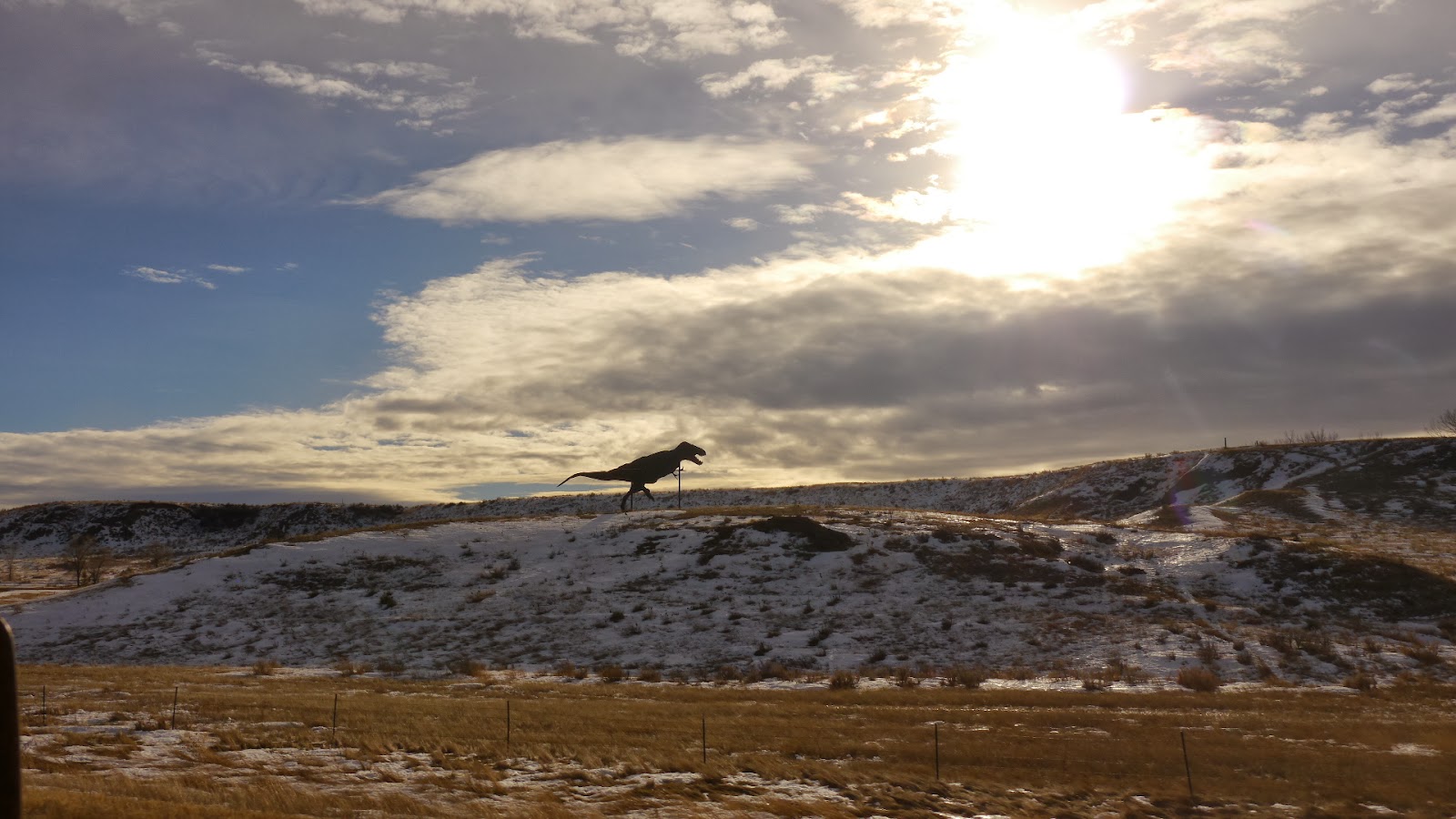 maybe a couple of running Tyrannosaurus rexs too. 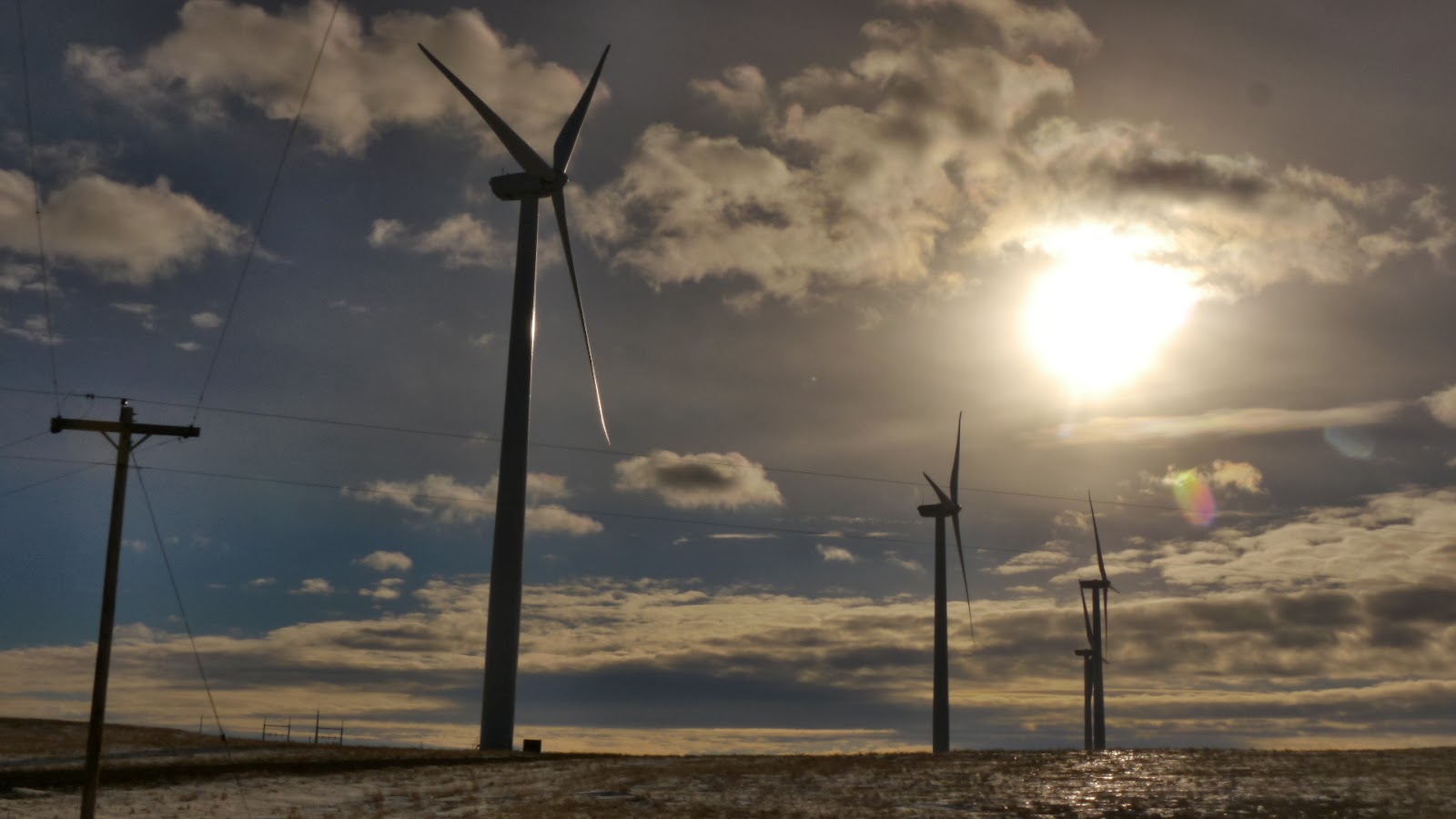 and those giant wind generator windmill-y things that are huge...
We've been all over.
no baler yet.
But February is a good month to start...
and I make an excellent assistant
ZISS IZ MY SPESCHALITY! 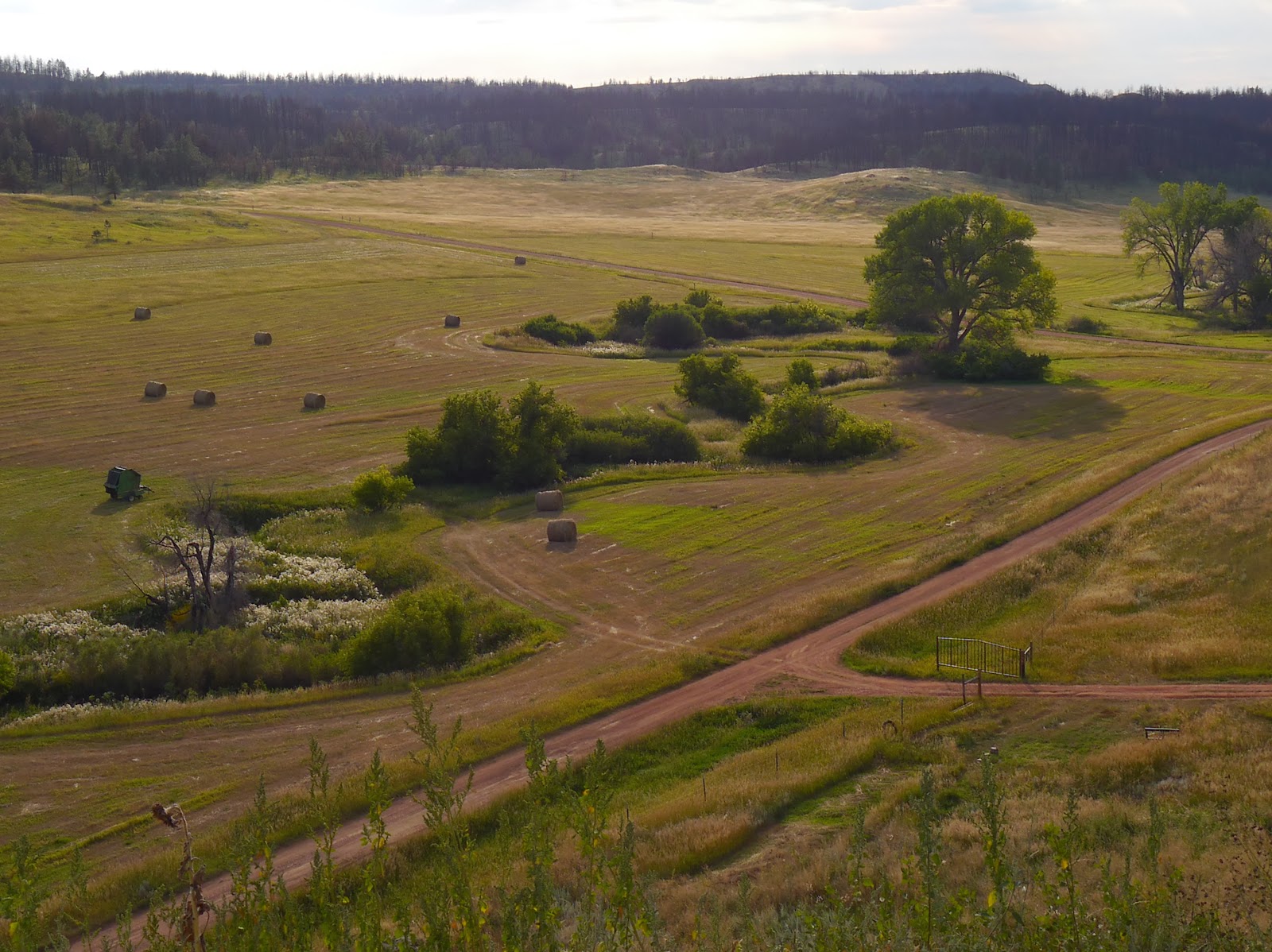 we have been busy getting ready for hay,
like all good neophyte hayfarmers...