7 reminders that January languishes and needs to move on...


Because i only posted 6 times last month, I thought i would take time to explain why -

Tomaz the cat keeps using the upstairs bath mat as his place mat.


Every morning we find a little mice kidney, or intestine right on top of it.

The burnt trees from the wildfire of 2012 are coming down.


Our house now looks like a prison compound on top
of a bald hill on a bald ridge with blacken rocks and stumps.
this is not what i had envisioned


and House Beautiful doesnt cover these kind of landscaping issues.
Im just going to have to figure out how to decorate with rocks


until 15 years from now when the baby trees we will plant this spring
will become another fire hazard.


I will try to keep the decorating with barbed wire down to a minimum.
Every time i draw a layout it just keeps getting more prison-y looking.
Maybe Martha Stewart has some ideas...


The pinyon jays never left and are visiting every day now.


However no one else in the area has seen them.


I make Mr. Foresterman come to the window to verify.


It helps to have witnesses when you tell your embellished stories in town.


My horses are becoming feedlot steers.


They will not leave their paddock to go nibble the exposed pasture.


to the fence when they see me, thinking they will get unlimited buffet feedings a day.


Ive taken to sneaking out the back of the garage,
flattening myself against the brick wall, darting to the propane tank,
until the horsetrailer blocks their view in order for them not to see me
and thats just to get the mail.
I dont know how im going to be able to get to the truck to leave the compound for groceries.

I have learned how to dismantle a front loader dryer.
The dryer started to smell like burning things.
There were burning things.
I unplugged it, and took off the bottom cover.
There was a layer of smoldering lint throughout.
Apparently lint doesnt always go where its supposed to go.
It was like all the lint in the county decided
to have a party in our dryer, and one idiot lint lit a smokebomb and
it took off in an uncontrolled burn.
I let the lint cool down, gave it a stern lecture that involved hot words,
then gave them a one way ride in a dry vac to destinations unknown.
Damage was nil and the dryer works fine so
we will not be pressing charges.

Isabel the old cat has good weeks and bad weeks,
and it vacillated between
thinking we needed to dig a hole vs actually digging a hole.
Shes on ducolax now a few times a week and it seems to help...too much.
So we visit her and i try not to get too resentful that
she has my little desk heater that i adore in the bathroom with her.
At some point we are going to have to finish digging the hole,
but it doesnt look like it will be this month either.
My goal is to keep her alive until November
because i never had a cat die before 16 years of age
except for george,
but we really dont know what happened to george
because one day he just disappeared.
Though it didnt help that there was an eagle the next day watching the barn...
..."on eagles wings"...
We can only hope for isabel that it can be swift also...
but today is not that day...
btw do they make little ventilators for cats?

The propane man came and filled the tank - $2.58 a gallon.
Not bad for us in our area,
considering that this propane shortage everyone is experiencing now
actually began this past fall.
All due to a really wet bumper crop of corn that needed to be dried throughout the upper midwest.
We drove through some towns where the corn was piled mountain high outside of dryers last November.
Farmers were paying $$prices then, because the pipelines that ships that stuff
didnt have the capacity nor trucks to move it around well.
then the winter came and now those who heat with it in areas
where propane has to be shipped even further are feeling it too -
so now its in the news.
Our US infrastructure doesnt support massive quantities of propane to be moved around -
time for a looksee on all sides to improve that -
especially for farmers, the ones who produce food for the nation and others.
However, my feral reasoning says maybe if we all buy
one less bag of doritos, there wont be as much corn
(such a high maintenance needy seed...i can relate to that little yellow nugget...)
planted next year.
My campaign - "one less bag, one more gallon of heat"...
but you know we will all forget about it this summer
when its nice and 80 f outside, and
dang if i wont forget as I stand in front of the snack section,
eyeballing the blue shiny "cool ranch flavor" bag,
while holding a 6 pack of corn syrupped dr. pepper ...
never mind.

I am slowly getting my sleep and awake patterns back.
I lost them somewhere back on January 5
and forgot how to do this "go to bed and get up" thing...
then its even worse because i wear SPF 1055
to avoid looking like that avocado
that i forgot to eat that time that got stuck under the crouton bag  (dont ask)
and then I get s.a.d. from no sun contact.
"seasonal affective disorder"
but i dont feel affection nor give it.
S.a.d. is like a real derpressing (misspell, it stays) mental type thing
that makes you want to lay down and languish like a clam.
clams dont move much. I was like a clam.
so i had to wash my face of spf 1020 and go out
in below freezing temps of - 2 with wind gusts up to 45 mph
and not be seen by the horses
and feel my unprotected skin slowly freezerburn in the diminishing sunlight
and i would languish on a burnt tree stump.
and freeze. but languish.
now that the holiday of chocolate is coming up
my smelly senses are starting to get excited (clams can smell)
and my languishing is limited to only a few hours a day...
its pretty good.

here are some pictures 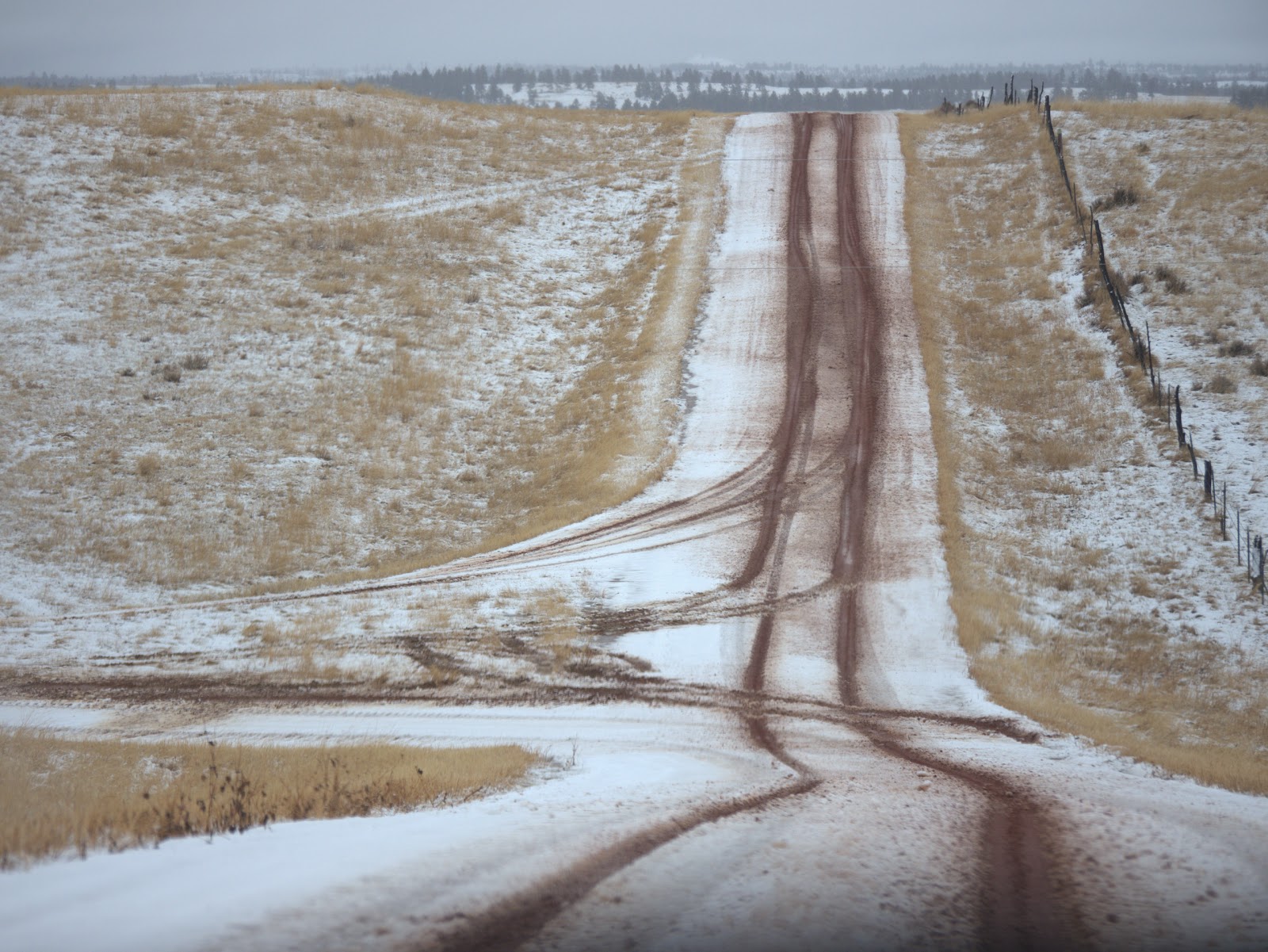 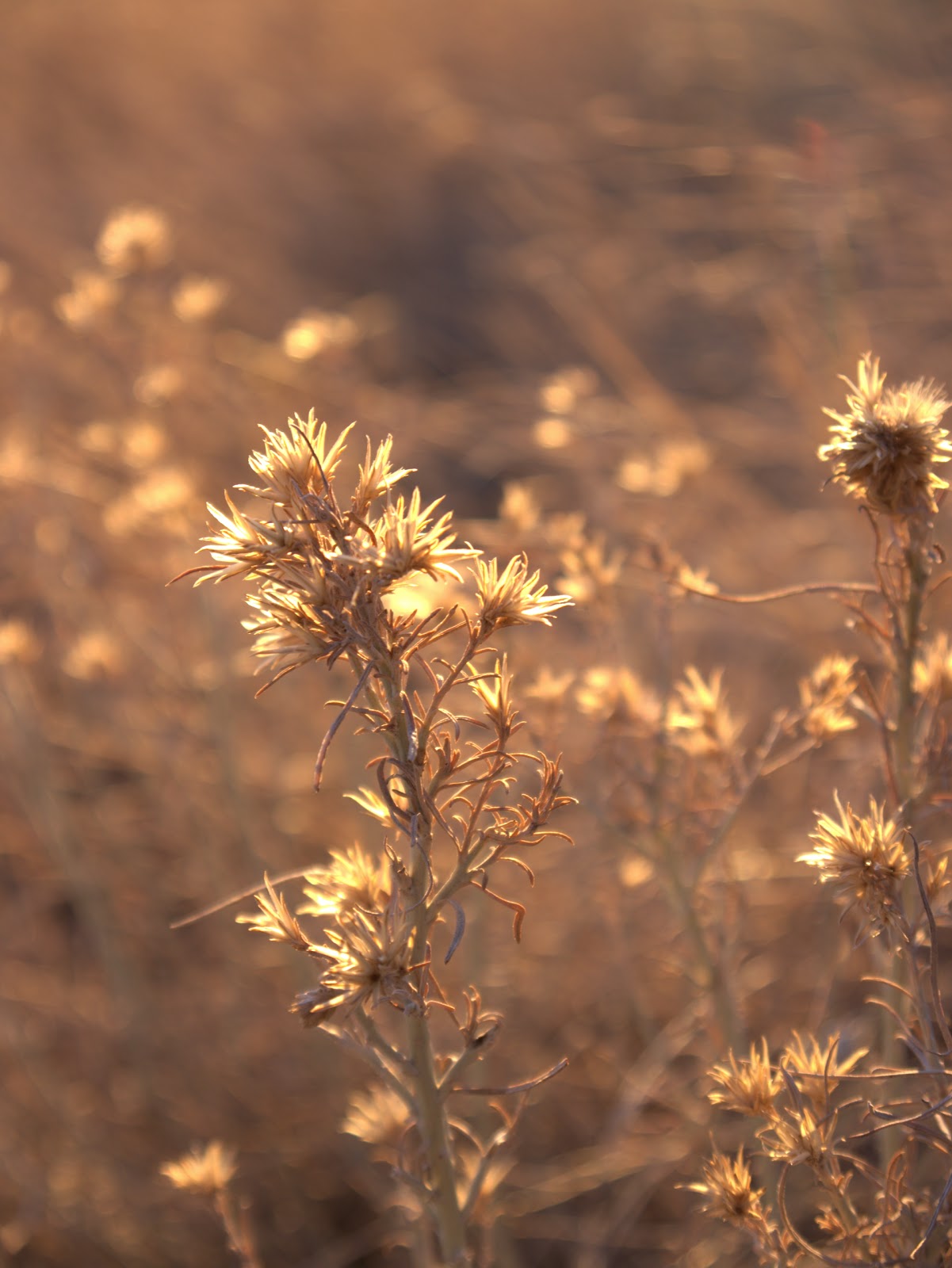 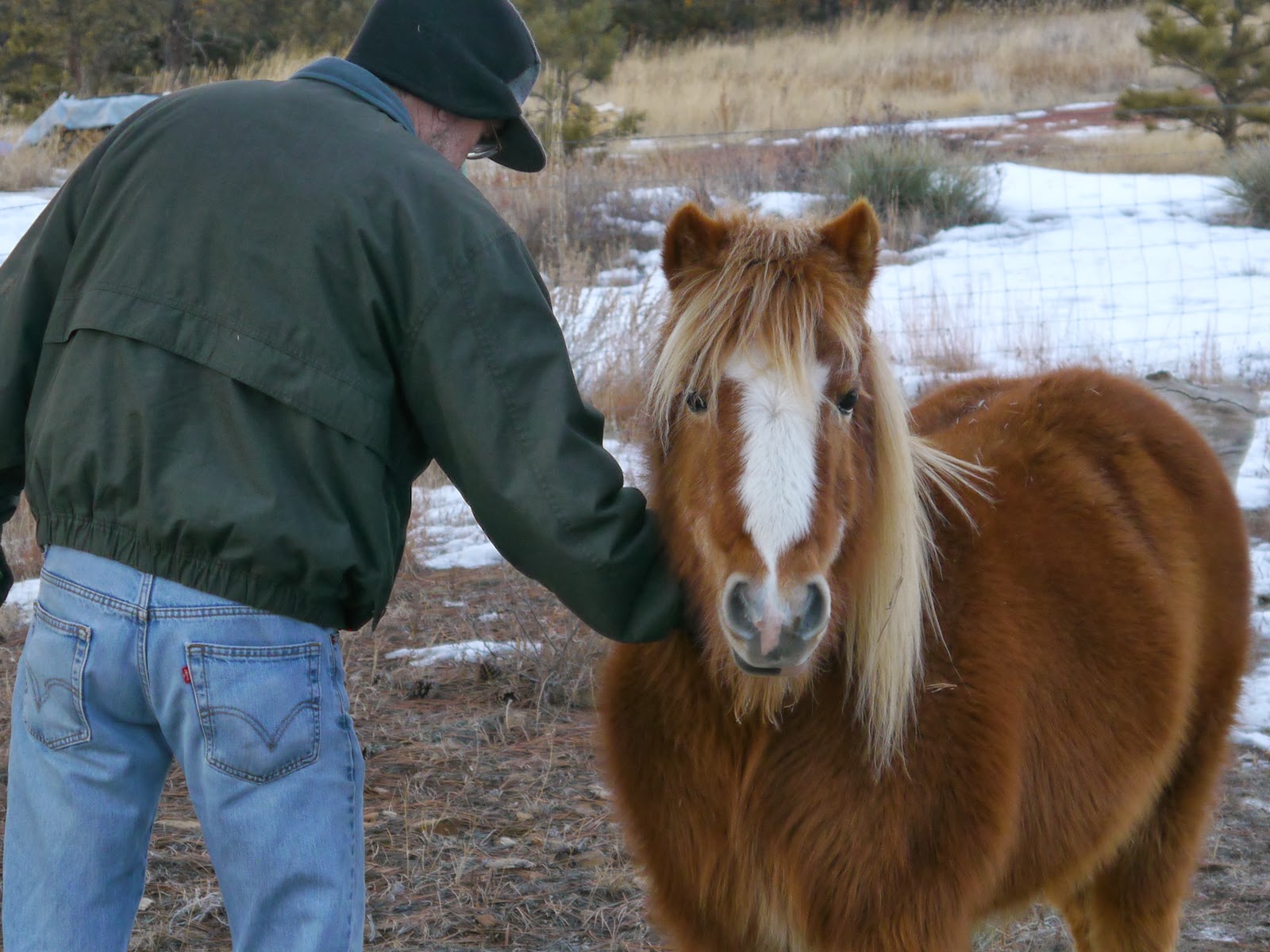 this is mr. foresterman & Sally the wonder pony.
She lived to be 24. 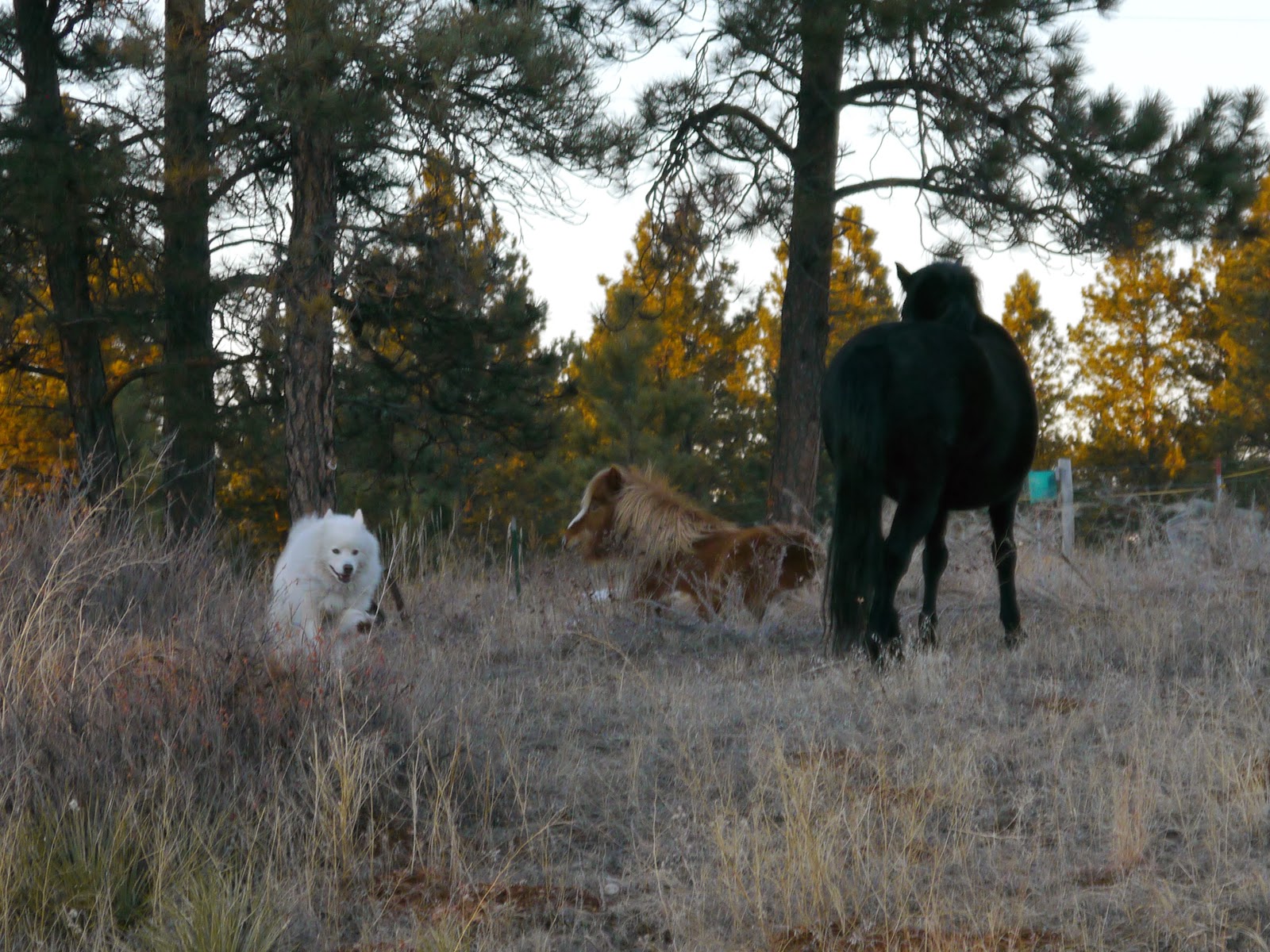 this picture makes me laugh - and there was barely no snow in February 2012!

I am still cleaning up my photo files that are languishing...

so we will eat good smelly things like chocolate