so i have this zucchini squash that a neighbor generously snuck into my house...
and
thanks to the fact that im literate (thanks parents! so glad you thought going beyond 1st grade would be a plus for me!)
and that i like pretty things, especially pretty food,
there happened to be this recipe in Martha Stewart's magazine  -
i think this magazine is called "Living",
but what would be the alternative to the name? "Dying"?
Dying for everyday living?
I think they did good when they went with the title "Living"...
always good to stay on the positive side. you cant take it with you and
no one wants to be around a deadbeat anyhow
i digress...usually...
so anyhow
theres these convenient picture cards that they put in every month,
that i have always found useful as bookmarks
(shouldnt that be "magazine marks? magmarks? paper cardboardy things that are functional and multipurpose?!)
but it wasnt until recently i noticed they had these recipes on them that I COULD ACTUALLY MAKE!
they didnt need a flambeau flame thrower or special oils from Madagascar or lemur fur.
I made that part up about lemur fur.
i think.
Anyhow, it being a friday night and I had this zucchini to burn literally, 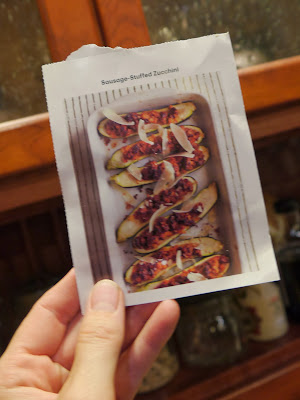 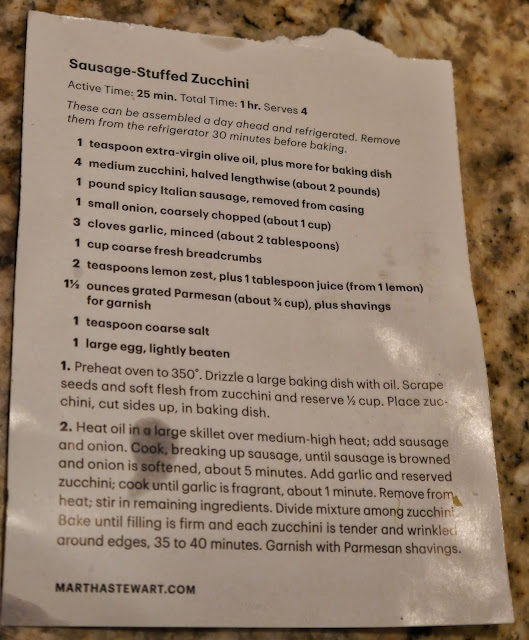 so as you can see, for ingredients we needed -
extra virgin olive oil
zucchini
spciy italian sausage
an onion
garlic cloves
coarse fresh bread crumbs
lemon zest
lemon juice
grated parmesian cheese
large egg, lightly beaten
well, i didnt really have those, except for the zucchini, so this is what i spastically collected in the kitchen
walnut oil (gosh i love TJ Maxx)
zucchini (YAY! I GOT THAT *as its waved around* )
frozen venison sausage (going on a year, bottom of freezer, hmmm)
onion (YES! I GOT THAT TOO!!! *kicks up a foot for emphasis*)
garlic powder (its garlic, right?)
partially opened bag for 2 months of Croutons (its SE Montana. Its a dry heat.)
frozen Lemon particles chunks (summer drinks? this could work)
frozen lemon particle chunks (drinks? looks like some liquid is frozen to the container)
brie (the only cheese in the house. we be cupboard-bare classy)
and
One large egg, slightly dropped (but i gotz more!!!   11 more! uh, 10 MORE!)
So immediately I thought, I can do this!!
But then it was at this point in order to continue , I realized that i needed my mothers secret ingredients.
My mom was a working mom, an RN, and I was raised, well, differently during the 60's & 70's.
At her funeral, we knew the priest didnt know her well when he went on how she liked to cook for the family.
uh, no.
Whose mother is in that urn? my sisters and i looked perplexed at each other.  Ours?
Ours liked to burn brush piles and travel.
and
eat.
she liked to eat out.
In hindsight, one of my favorite memories of my mom and recipes  is when we would sit down together to chat as adults
she would bring out a bottle of white wine (black cat label from Germany!)
and a bottle of 7-up, and make us spritzers.
Her ethnic version of white wine spritzers.
I remember her explaining to me, being the RN and all,
that it was something along the line "we werent suppose to get as tipsy because it was cut with 7-up".
It did the opposite - the carbonation pushed that alcohol on speed dial to our brains.
forget the recipes, we'd go on to have a tough board game of scrabble.
we had fun.
that i remember.
And so the tradition lives on.
Anyway
heres my version so i can cook too - 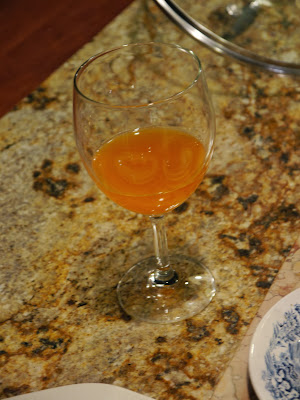 Yes, i didnt have any 7 up but i did have a pop can of Orange Crush.
it works.
My mom would be so proud.
So after a glass, and mixing and following the directions and not following the directions, improvising and then turning up the radio,
and then wondering if i put something in so something might have gotten doubled, and another glass,
this is what we got out of the oven. 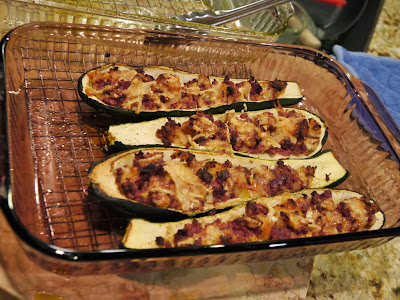 not bad, eh?
kinda looks like Martha's picture!
And so
this is where I  had a kitchen cooking thing epihany
Did you know that there are
centuries of generations of women
who wanted people out working in the fields/office/workplace for a reason, and it wasnt for the work or money?
IMO
I think for sure it was because you certainly didnt want them to see what you were doing in the kitchen.
at least on my maternal side of the family. 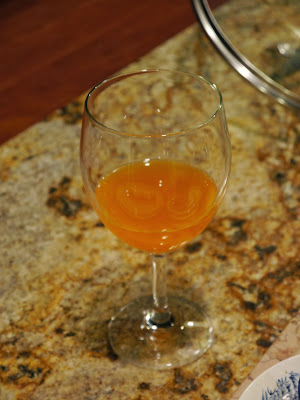 another glass.
So in the end, we do what we always do when we are not sure what its going to taste like (another idea from my mother)
-you slap a good dollop of sour cream on it - 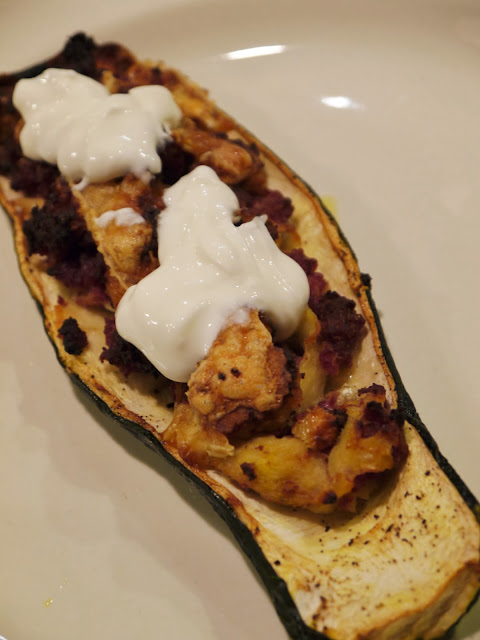 Mr. Foresterman said it was the best stuffed zucchini he ever had.
and
I knew he wasnt just saying that to make sure i try again, this kitchen cooking thing.
he actually had seconds.
AND ASKED ME TO MAKE IT AGAIN. 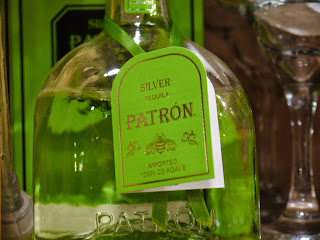 I may have to go for the stronger stuff next time...
~