last year, there were a few other wildfires that popped up after ours...

I didnt share everything that was going on at the time though,
as you now know.

This one area was a prescribed burn to stop a private land fire from going any further into National Forestland.
This was about 4 miles or so from us, and it burned approx. 19,000 acres at this point.

And
because at this time since we were on first name basis with most of the fire people,
(they showed up in DROVES at our place after the Taylor Creek fire, i ran out of stock of rootbeer)

we were able to visit this prescribed burn one up close. 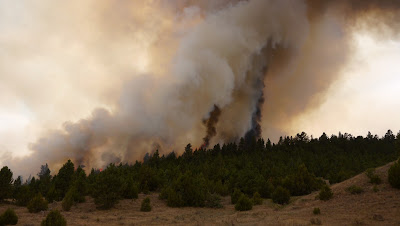 Its basically climbing back into the saddle after you have been bucked off.

You see, Im a timber cruiser, and fire safety is a top priority
in my job.
I have to be ready for anything in the forest,
and fire is one of them.

so for my benefit, Mr. Foresterman took me to this fire, on purpose.

These following photos are from that visit. 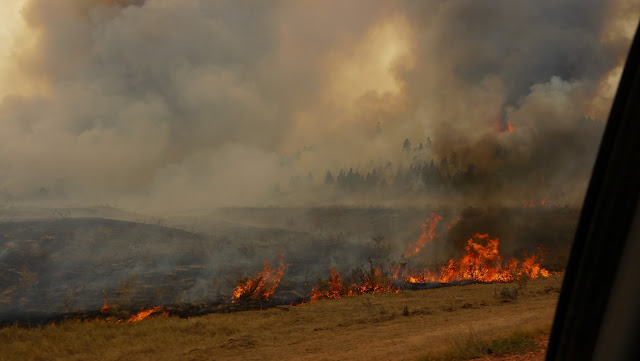 Here it is creeping up on the road, which makes a great barrier.
There were fire guys on the road to make sure this didnt jump it.
I was okay here, because I knew the guys,
knew they were alert,
knew where our truck was,
and
could see from experience that this was working well.

Remember, this prescribed burn is what is called a backburn - a controlled burn (fire).
A controlled burn, a backburn, eliminates the fuel in front of the uncontrolled wildfire,
so that when it arrives to the backburn,
it has nothing to consume,

and it goes out. 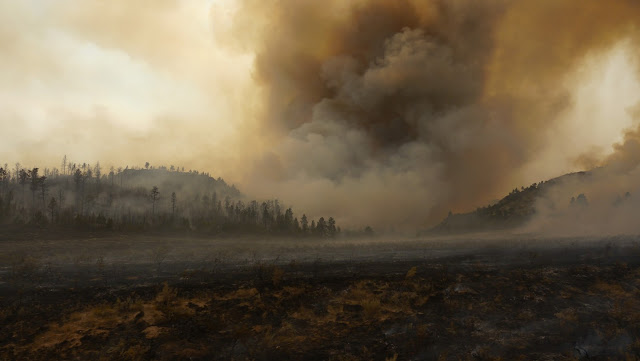 here you can see it do just that. 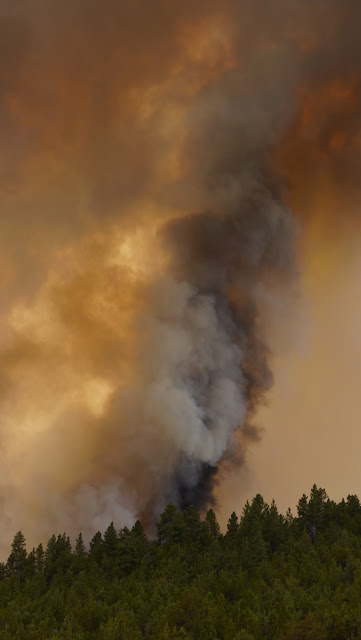 unfortunately for me though,
the backburn did have to burn some timber.

This is where it got hard. 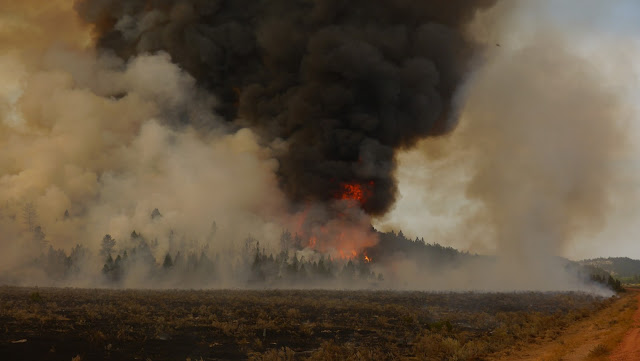 This is called a passive crown fire.

no wind is driving it, and so its consuming the trees slowly,
but effectively. 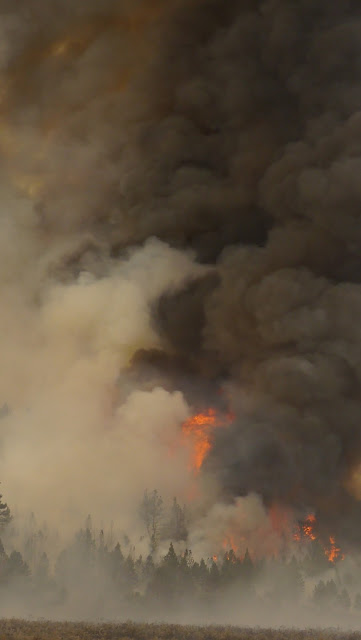 but i was shaking when i took these photos of this crowning specifically.

this reminds me how lucky we really were.

We were in a running crown fire.

not a passive one.

later, they estimated that the fire was blowing at 45 mph an hour. 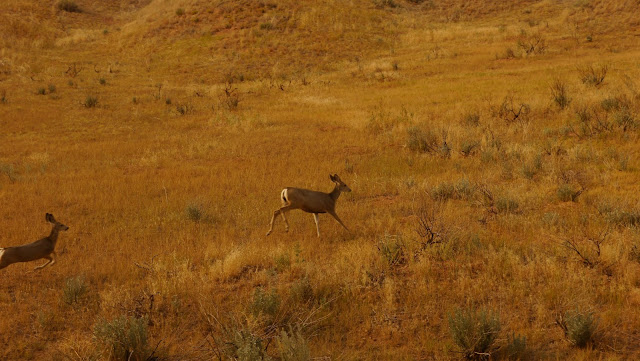 But at this controlled burn

even though I was at a safe distance,

But Mr. Foresterman kept chatting at me,
pointing out things,
keeping my mind off of fear.

and
hes not chatty. 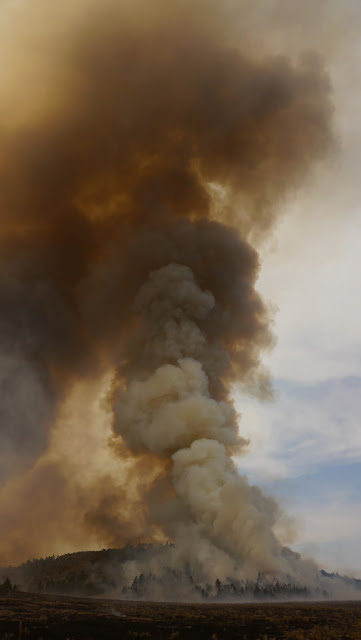 So a little shakily, I stood my ground until it slowly died away... 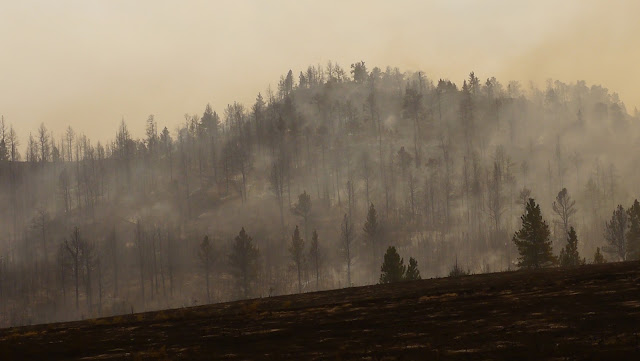 I pass the test.

"I will diminish, and go into the west, and remain... feral"

( 5 xoxox's to those who figure out where the last quote is from :)