to continue on, because this is a menopausal memory test...can I remember something that happened a week and half ago without hurting myself? and if I cant, can i make something real good up?
why of course i can! 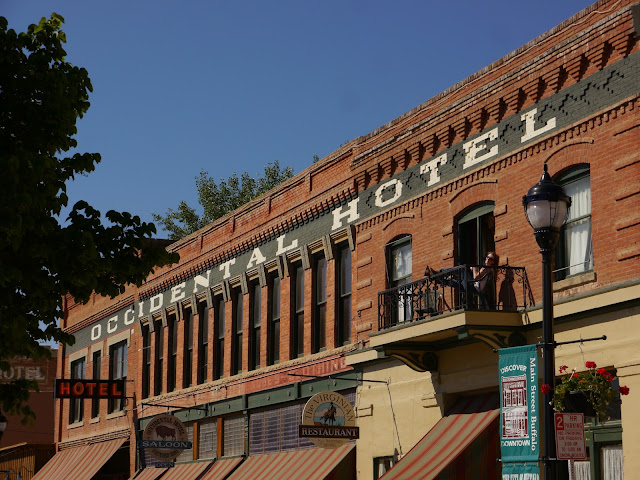 Remember when I was talking about the
Historic Occidental Hotel in Downtown Buffalo, Wyoming?
(look - its meee on the Wister balconee drinking coffee with boots on to avoid 3rd degree burn-ees!?
Ive lost my mind-ee! Find it pleaseeee...!)
welll, we may have not been the only ones sleeping in the north wing that night!
you see, theres a little girl ghost named Emily...
Since this Hotel is over a 100 years old, it comes with lots of history...
The background history of Emily is that she was the daughter of one of the working ladies at the time when it was a brothel...Emily, like most young children out West during those times, didnt get the best of care because Doctors were scarce and cost money, and antibiotics didnt even exist! Unfortunately for Emily when she became quite ill, she died in the hotel in one of the rooms at the west end of the north wing....and she decided to stay there permanently...
Those that have seen her in person,
say she wears a little girl's white cotton nightgown,
and looks so small and weak with illness...
And some have even said that she asks to be held...
But like all little girl ghosts, she does have her naughty moments !
When the staff was getting annoyed by all the fire alarms going off falsely,
They called a "medium" to come in and find out who, because
the fire dept. apparently couldnt find a reason why!
And thats when the staff "gave" her an orange kitty as a happy gift!
Once Orange Kitty was left out for Emily in her room, most if not all hijinks have stopped...
and visiting "alive" Kids of today have left the cutest letters for Emily  too!
the staff  hung up these letters for Emily...
So that Emily wouldnt ever feel alone again...
When we stayed in our suite,
Emily didnt visit us.
In fact, we slept soundly and restfully.
but...
I had the strangest dream that night. 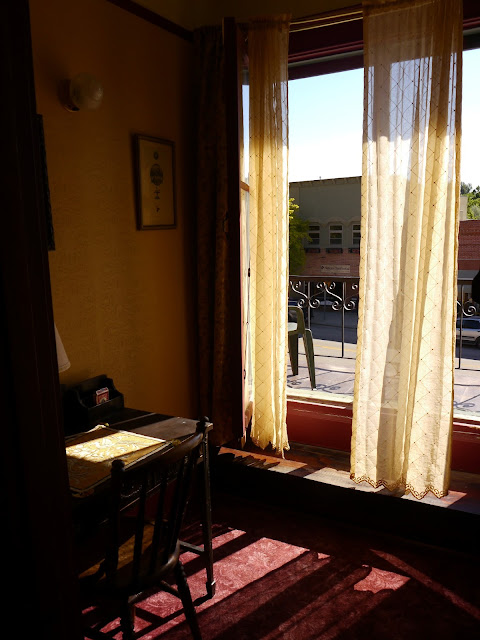 I dreamt a little boy
dressed in old fashioned knickers,
took me by the hand gently...
and
we walked on a dusty wooden sidewalk,
side by side
along a main street made of dirt and rock
and
He pointed out to me with happiness
every new brick and stone and wood building there was
in
his new sparsely populated town.
He was so proud. 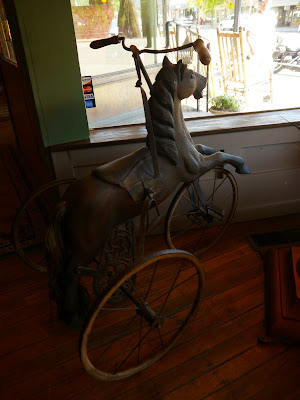 I think Emily has a friend...!
~
yes, i have a million more photos of this place! next post up, MONDAY!
because I wanna be consistent at age 50!
and I dont want to forget what happened two weeks ago while I can!!
now i gotta go eat some more ice cream!!
see, attention span of a gnat!
!
~