I got me some tiny problems. I lost my camera battery charger.  I have looked everywhere...well, not everywhere. It could be under the couch but i havent looked there yet because life is getting in the way of a lot of things I want to do - one of them is vacuum all and any floating animal fur from at least 5 different animals, some of which do not even live in my house, from all crevices...hence Im not on the floor yet looking under furniture for my camera battery charger because i  know I would get icky and inhale bad things and I just dont have time to change my clothes more then twice a day now.. . So in the meanwhile i once in a while blurt out "wheres my charger?" as if suddenly it will magically appear in a puff of white animal fur waving its little prongs happily in a "here i am!!!!" pose and we magically reunite for many more photo charging moments to come....

but in reality actually Im waiting for it to stop snowing outside so i can open the doors and let all the fur blow out the other end of the house - feral spring cleaning at its finest...but its too cold. which is okay because that means we will have more moisture for hay this year, which reminds us that we have to fence before June 5th or August 1 (dont ask) which in turn reminds us that we have that June 1st deadline for Managed Forest Plans for our business (dont ask)...so...

and you wonder why I havent blogged in a while. My mind belongs to so many different thoughts right now at so many different times lately that we are thinking that we could have a show - kind of like "sister wives" - but it would be my disorganized thoughts fighting to spend the night, or each day for that matter with my brain so that something, anything could get done on time.  we could call it "synapses synopsis brain wave wives"...

yes, menopause is that bad - the books lie.

Anyhow...sometimes when things would get overwhelming for my daughters when they were growing up, I would begin a story to take their mind off of the horrible or mundane things that were going on...since things are kinda going heck in a handbasket this past week in more terrible ways then one, lets begin, shall we? This of course is a true story that needs no embellishment as usual as its a real "true feral story"...


Im gunna call this one - 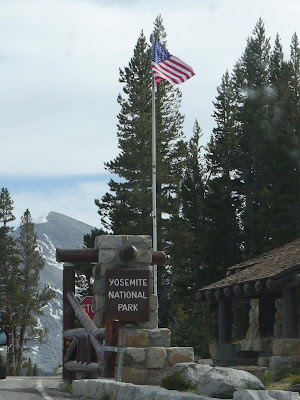 Two years ago when we took a road trip to Burbank, California for our nieces wedding, I was asked by my loving Mr. Foresterman, "what would you like to see most in California?" And of course rather then making our lives easier and answering  "FAMILY!!" I answered in the proper forestry woodland queen speak - "BIG TREES!!!!" So somewhere in our itinerary we came up with  -
WEDDING, FAMILY...  AND BIG TREES!! 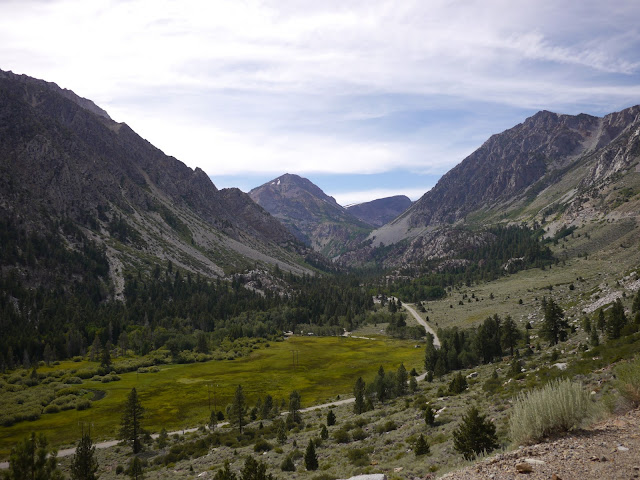 Unfortunately for us we only had 4 days to accomplish this. we do not recommend sane peoples trying this unless you have the mindset of "WE BE A TROUBLE UNTO OURSELVES!" - otherwise it just wont work. really. But since Mr. Foresterman was pressured by someone ("who?" as her eyes looked up and to the right...) that maybe just maybe this might work, he thought "oh what the heck.."  He forgot he said that out loud the first time he ever kissed me.  youd think he'd learn...Anyhow, we looked at the map and figured famous Yosemite National Park with Big Sequoia trees would be convenient (its not) and on the way (its not) and wouldnt take up too much time (it does). 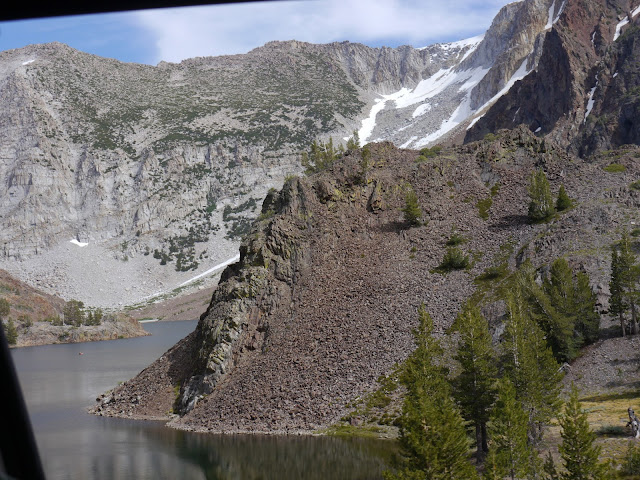 What we didnt factor in these 4 long days (we mean LOOOONG) is that in California, they do not have any guardrails. NONE. Its like California got the short end of the stick as far as steel goes and they never had the opportunity to put up guard rails because all steel mills are on the east coast of the country and someone somewhere played mean girls and said "you cant have any" and California said "fine, we dont need them" and then they put up rocks instead. when they felt like it. Im not sure this is correct history, but from my personal experience we are pretty sure thats what happened.

So basically you spend most of your viewing of the countryside either hoping you dont die, or driving in parts where you hope you dont die. So our trip into Yosemite was basically "we hope we dont die".

Add in the part that we only had 3 1/2 hours to get from one unguarded rail end of the crowded park to the other unguarded rail end crowded park before it got dark to get to where the big Sequoia trees were, this was probably more intense to us then when we sat in a hayfield watching a crown wildfire blow over everything known to us last summer. At least we didnt have to worry about falling off the hayfield.

I did ask Mr. Foresterman to turn off here and there,
but as you can see by his white knuckled grip in this following photo, his verbal response was

"I CANT. THERE IS NO SHOULDER TO PULL OFF ON."

Even the supposedly pull off spots didnt have guard rails.  You would think because we had to declare one Banana (another story, another day) at the California/Oregon border that maybe just maybe they could use some of those resources used to confiscate errant bananas to be able to buy some used guardrails from Iowa or Illinois - dang, they being the good natured Midwest States would donate them in a heartbeat if they saw those 250' ft drops. on a curve. going downhill. with loose rock. in the rain... compared to their straight "ohmygosh" "T" stops with a guardrail to prevent them from going forward... into a level corn field...bypassing the big arrowed sign...and garage sale signs...

Big rented RV mobile homes were being driven beyond the yellow stripe into our lane because they must have had an even more fantastical HEIGHTEN view; you could see the terror in the passengers eyes. Drivers hugged the road so hard that you would have thought they saw a giant hand ready to swipe them into the deep crevices and canyons below; and you in turn would have to hug the mountainside that had big boulders ready to fall on you at any time. It was like "terrestrial terror" every minute for everyone...the words " earthly rapture"  took on a totally different meaning there.

Taking pictures made me feel a little safer as my unguarded rail world looked tinier through the viewfinder. As I took pictures, Mr. Foresterman would occasionally ask me " WHAT WAS THAT???!" as he was too terrified to remove his eyes from the road. I would answer him "I DONT KNOW!!" as it was hard to focus in that tiny world - i just terrified-ably clicked. He stared straight ahead so hard that he had a crease in his forehead for days, and I pretty much had my right eye embossed by my camera's viewfinder.


And if I moved too suddenly it was almost too much for us - as if my movement would propel the car towards the edge...you could hear the silent screams in our heads each time we shifted or if the wind picked up...Seriously - we are seasoned timber cruisers. We get paid to stand on the edge of a 100 ft cliff throwing a DBH tape around a tree while the wind blows. And we dont flinch.

But put us in a vehicle, traveling on the edge of a mountain road without guardrails, with other terrified drivers, or even more scary  - un-terrified posturing drivers - its a whole another ball of wax. or ball game. or insert some terrified noun here, but make it an unguarded rail one...I didnt even factor in that at some point we could have seen a wild animal - thank Gawd they know to stay away from that place - smarter then humans they are...

One day we will go back so Mr. Foresterman can actually SEE Yosemite
and so I can actually get out of the car to take pictures...

we will do this in our 70's as our eyesight and memory might be a good thing at that point to handle it.