Have the same thing in common - they both stink.
Heres a neighbor's summer guest driving a ranger - 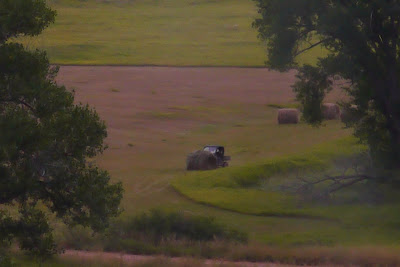 in our hayfield without permission,
driving in our dry field during fire season. 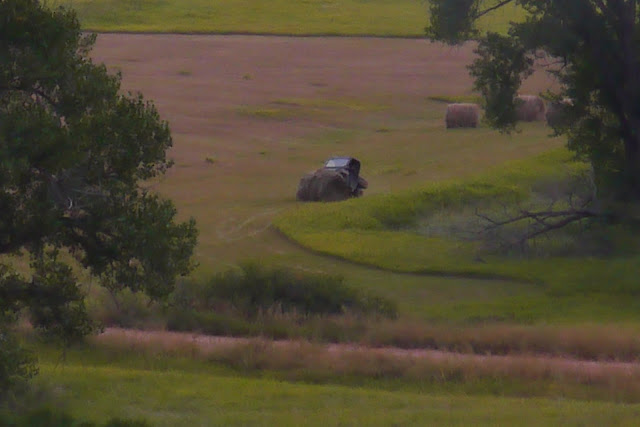 destroying a hay bale. Just for fun.
After 50,000 acres burned by fire, hay bales are precious around here. 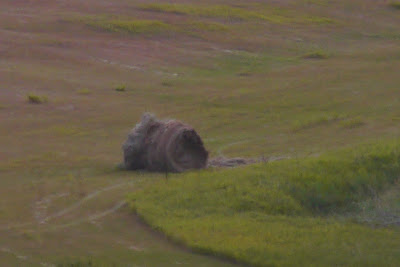 WWJD? What would John Wayne Do?
Mr. Foresterman figured out what John would do -
He would warn out your welcome in the County and get your name phoned in to the Sheriff. Pronto.
This wasnt a bored teenager - this was an adult. With his young son sitting next to him.
And his excuse was that he didnt know that it was our property.
Like that makes it okay to destroy? 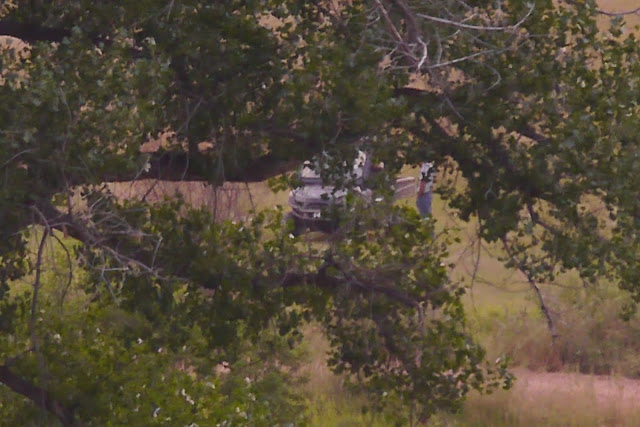 Thanks Mr. Foresterman for being my John Wayne!
~
Labels: SE Montana