Round three - This time we WILL OVERCOME


The pirate germs were hiding all along in another tooth - apparently this secret cove was so deep that it affected the root and now in two weeks we are going in for a root canal - and last night I started more antibiotics and narcotics after another visit to the dentist...  lets tally this, shall we?
round 1= one left ear infection + one left side sinus infection = antibiotic

Gee, I was wondering why that side of my face hurt for a while - I just thought I was stressed and clenching my jaw more then usual...  As the kind and patient dentist said,  "you must have a high tolerance for pain"... my reply while under nitrous oxide?  "no, Im in denial most of the time".  And thats three routes of antibiotic in three months. You'd think I wouldnt have a germ left in a 5 foot radius around me, including Mr. Foresterman...He's a good guy...
But hey, at least we think this is the last battle of the Pirate germs!!
Soooo, 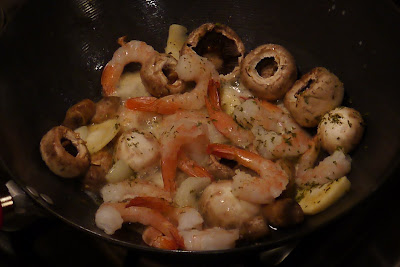 Yogurt shakes and shrimp all around to celebrate!


Me & Isabel's motto~ if you have to eat soft food you may as well go out big  like the fat cats!!!
~
Labels: Feral Fun SE Montana